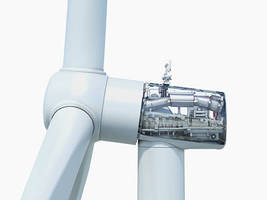 Different controller settings and rotor diameters allow the new turbines to adapt to specific wind and site conditions. As the second generation of onshore direct drive technology was introduced two years ago with the Siemens SWT-3.3-130, all new models benefit from a short time-to-market. The new low noise turbine – the SWT-3.3-130LN – and the new medium wind speed turbine – the SWT-3.6-130 - will go into serial production in early 2017. The low wind speed turbine - the SWT-3.15-142 - will follow in late 2017.

“Our new wind turbine portfolio is the result of an intelligent platform strategy that allows maximum flexibility,” said Thomas Richterich, CEO Onshore of the Siemens Wind Power and Renewables Division. “Our customers benefit not only from benchmark setting performance in different wind classes, but also from the adaptability of our technology that meets nearly every site-, grid- and project specific requirement. Thanks to digitalization, these turbines are open for further optimization and individualization.”

The SWT-3.3-130LN wind turbine is a low noise version of the SWT-3.3-130 with reduced rotor speed and improved aerodynamics. It is based on proven Siemens direct drive technology, and allows operation with a 104.9 db noise level at a wind speed of 6 m/s. The B63 blades of the SWT-3.3-130LN include new aerodynamic add-ons for optimized performance. In addition to the vortex generators applied on the blade backs, the trailing edges are equipped with Siemens DinoTails Next Generation.

Thanks to an uprated generator, the new SWT-3.6-130 is able to harvest an annual energy output (AEP) of up to 17 gigawatt hours (GWh) at 8.5 m/s. At the same wind speeds compared to the SWT-3.3-130 launched in 2014, this represents an improved AEP rating of 6 percent. With its high performance at IEC II sites, the SWT-3.6-130 sets a competitive benchmark for wind turbines designed to harvest maximum power outputs in environments with moderate wind conditions.

The new SWT-3.15-142 is the first Siemens Direct-Drive wind turbine dedicated for IEC Class III. It’s B69 rotor-blades are based on hybrid-carbon technology by LM Wind Power. With a rotor-diameter of 142 meters and tower configurations that allow hub heights up to 165 meters, new standards for annual energy yields are set:
Even at wind speeds of only six meters per second, the machine harvests ten gigawatt hours of energy per year.
Modular platform concept
All three new Siemens Onshore turbines share the same nacelle design.

This press release, a press picture and further material is available at: www.siemens.com/press/PR2016090422WPEN

Siemens AG (Berlin and Munich) is a global technology powerhouse that has stood for engineering excellence, innovation, quality, reliability and internationality for more than 165 years. The company is active in more than 200 countries, focusing on the areas of electrification, automation and digitalization. One of the world’s largest producers of energy-efficient, resource-saving technologies, Siemens is No. 1 in offshore wind turbine construction, a leading supplier of gas and steam turbines for power generation, a major provider of power transmission solutions and a pioneer in infrastructure solutions as well as automation, drive and software solutions for industry. The company is also a leading provider of medical imaging equipment – such as computed tomography and magnetic resonance imaging systems – and a leader in laboratory diagnostics as well as clinical IT. In fiscal 2015, which ended on September 30, 2015, Siemens generated revenue of €75.6 billion and net income of €7.4 billion. At the end of September 2015, the company had around 348,000 employees worldwide. Further information is available on the Internet at www.siemens.com.