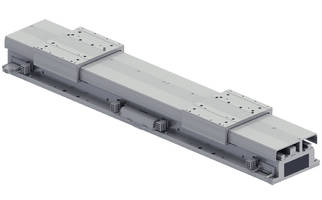 Iwata, May 26, 2020 — Yamaha Motor Co., Ltd. (Tokyo:7272) announced today that it will release the LCMR200, a new linear conveyor module on July 1. The structure of the current model LCM-X has undergone a major review in order to further improve ease of use.

The LCMR200 inherits features from the current LCM-X model such as high accuracy and narrow pitch, but now with greatly improved rigidity through a complete reassessment of the module structure. The result is a more robust model that is better suited for work environments where intrusion of foreign matter and static noise are present. In addition, accuracy adjustments during setting up are easier thanks to the combination of a newly developed circulation unit.

The system in which up to 64 sliders are controlled by one controller YHX is inherited from the current model LCM-X, but the newly developed Standard Profile program eliminates programming work inside the controller, and makes easier builds of automated equipment.

Since commercializing the linear conveyor module for the first time in Japan in 2013, Yamaha Motor has continued to make improvements by listening to feedback from customers who work with production lines. With the new LCMR200 even easier to use, this unit will further contribute to higher process efficiency in factories and a wide range of industries around the world.

Due to shortened product life cycles, the need for multi-product & variable-volume production is increasing at the Monozukuri (manufacturing) site, and therefore further flexibility and quick response capabilities are also required in the transfer process. Against this background, the linear conveyor module allows easier and more flexible line recomposition than conventional belt conveyors and roller conveyors, as well as high-speed and high-accuracy transfers. The LCMR200 is expected to be applied to a wide range of industries and its uptake seen at factories around the world.

In 2013, we released the linear conveyor module LCM100 as the next-generation carrier. Since then, it has been a market leader with its implementation into the assembly processes of electrical / electronic parts and in-vehicle parts, which have relatively smallsized carriers. The newly developed LCMR200, while maintaining the conventional concept, now brings improved usability. From single axis to articulated robots, and linear conveyor applications, Yamaha Motor’s comprehensive lineup of products strongly support the automation of diversified production sites. The company continues to build on these strengths in the pursuit of greater efficiency and quality in increasingly complex and diverse production sites. 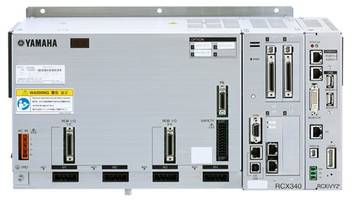 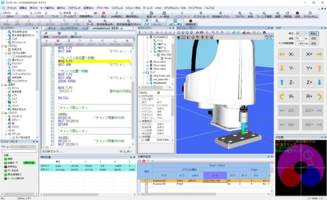 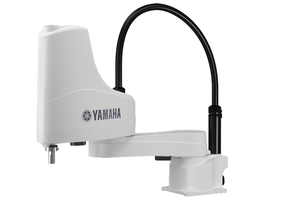 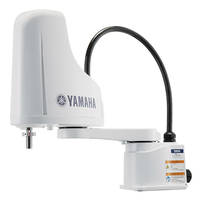