Able to sense without contact or power, RSM 2800 Series combined multi-turn rotation counter and position sensor series is based on novoturn(TM) technology and built on magnetic resistance effect. There are 2 multi-turn elements offset by 90Âº in diamond pattern, and second 360Â° sensor used to determine specific angle in single-turn range. Series can measure angles between 2 and 15 turns and supply absolute position values over 360Â° without mechanical gearing or buffer.


Even Without Power You can count on it...

Many applications require rotation counters that can measure angles greater than 360º. However the low-cost 10-turn potentiometers most design engineers are familiar with can't always meet user requirements for resolution and reliability. As an alternative, optical absolute encoders are too expensive for many applications. These solutions require a continuous power supply or they will lose count when power is restored. Also, geared technology/rotation counters are subject to significant wear.

Developing New Technology
Magnetoresistance is a phenomenon in quantum mechanics that occurs in thin film structures when two ferromagnetic layers are separated by a thin nonmagnetic film. It is a technology used in hard disk drives. When the two magnetic layers are parallel, resistance drops to a minimal value. As the magnetic layers are turned so they are no longer in parallel alignment, electrical resistance increases. This increase can be used to measure absolute position values, e.g. full rotations.

How It Works
Novotechnik has optimized this patented technology for encoder and positioning applications. The result is a combined multi-turn rotation counter and position sensor that senses without contact or power. The sensed count can be held without power for years.

This physics of this sensor technology is simply described in three elements. The first, is called a Domain Wall Generator (DWG) A magnetic DWG is a group of atoms that are aligned in parallel to magnetic north and south. The second element is a specific number of ferromagnetic sensor tracks arranged in layers, separated by a thin nonmagnetic spacer layer. The sensor tracks begin at the DWG. The third element is a reference track that is another ferromagnetic layer placed above or below, and parallel to, the sensor track layer. Think of it as a pool of fish all swimming in the same direction in the DWG, and they head in to a narrow "tunnel" (the sensor track segments) so that once in the "tunnel", their alignment can't change until a nearby magnetic field interacts with the DWG. If their alignment is changed in the "tunnel", it can only be 0° or 180°. The reference layer has a fixed magnetization direction that doesn't change.

The narrow track segments are arranged in a spiral structure and the reason the sensing/memory layer limits magnetization direction to only 0° or 180° is due to an effect called shape anisotropy. The DWG that is labeled DWG "pool" above has a large enough area such that shape anisotropy cannot occur there and therefore the magnetization direction in the DWG is the same direction as the rotating magnet's magnetic field.

As the magnet passes over a segment, the the DWG "pumps" out "groups" of magnetic domains causing magnetization, aligned to either 0° or 180°, of the first segment depending on the position of the magnet. One alignment, say 0° in the situation described below, is the same direction to the reference layer. This would mean the 180° alignment would be an opposing direction to the reference layer.

As the magnet passes clockwise from 0° up to 180° from a starting point of 0°, the alignment of all segments is in the same direction (figure 4a). At each 90° turn, the DWG pumps more domain walls through causing the magnetized segments to advance one segment each to the next segment (figure 4b).

However, as the magnet is rotated through a position of 180° from the start, its magnetic alignment forces a 180° change in the direction of the domains the DWG produces causing the first segment to be magnetically aligned in the opposite direction to the prior segments (figure 4c). This creates what is known as a domain wall between segments 1 and 2. This situation repeats at 270° (figure 4d), creating a second opposing direction domain wall. Then the cycle starts again at 360° except that the second (inner) spiral segments are affected.

In this way, the resistance suddenly and measurably increases or decreases across segments. The resistance across the segments is measured and processed. Since the tri-level (or trinary- low, medium or high) resistances produced by specific segments depends on parallel and anti-parallel domain wall combinations as well as the number of rotations, the count can be accurately determined.

Because these are purely magnetic phenomena, this process occurs and information is stored in the segments whether there is any power applied or not!

By measuring the resistance of the structure, a custom integrated circuit stores the changes of resistance and applies a pre-determined offset to count the number of turns.

A second 360° sensor is used to determine the specific angle in a single-turn range and combined with the count sensor just described, this technology can determine the angle and number of turns- even tracking when no power is present. More on that benefit later.

Implementation Of This Technology
Novotechnik has developed a patented technology based on this phenomenon to create non-contact, multi-turn rotation counters. In the RSM 2800 Series, two multi-turn elements are offset by 90º in a diamond pattern (Figure 5). With this structure, a clear rotation value can be derived in any angular position using a corresponding evaluation algorithm.

RSM 2800 sensors are true "power on" systems that provide these measured values immediately following start-up. Novotechnik's novoturn technology eliminates the need for the gears or the external power supply required in conventional rotation encoders. The result is a series of very compact multi-turn sensors that can be easily integrated into a wide variety of applications to measure angles between 2 to 15 turns and supply absolute position values over 360° without mechanical gearing or a buffer.

And, since these are non-contacting sensors, they provide long life and can be easily integrated into a wide variety of applications without the need to create mechanical linkages.

The RSM 2800 is the first multi-turn rotation counter to be based on novoturn technology. This sensor has a 24V power supply and 2 separate 0 to 10V outputs (24V supply) with 12-bit resolution. The RSM 2800 provides independent linearity up to ± 0.1% with an electrical range up to 5400º. This is a true power on sensor. The sensor counts revolutions even with power off, and no battery is required. Even when power is restored, after a power disruption, RSM 2800 Series novoturn position sensing technology responds with the last position upon powering up again.

With the development of the RSM 2800 Series, Novotechnik is addressing many of the problems found with today's conventional multi-turn sensors.

RSM 2800 Series multi-turn sensors can be used in an extremely broad range of linear or rotary actuators to detect the position of drive spindles over several turns. In many industrial applications this enables control systems to monitor and actuate compact, low cost drives for valves and electro-mechanical devices without a mechanical gear.

The RSM Series also opens new possibilities in conveyor technology where a sensor can be integrated with a winding drum.

In an automotive application, the RSM 2800 sensors can be used to determine the actual vehicle steering angle over several rotations of the steering wheel.

In warehouse applications RSM 2800 series sensors can be used to detect the different opening positions of a roll-up door.

A Range of Solutions
These new sensors complement Novotechnik's extensive family of contact and non-contact, rotary and linear sensors that extends from miniature potentiometers measuring as little as 13 mm for use in medical devices to rugged position transducers designed for hydraulic, pneumatic and other extreme operating environments. Utilizing Novotechnik RMR, Vert-X Hall Sensor and Magnetic Flux technologies, these sensors are available with a wide range of options including: analog, incremental, SPI, SSI, and PWM outputs; custom shaft designs; and customer specific cabling.

In all, Novotechnik offers the widest selection of both rotary and linear position sensors in the industry. There are over a thousand different series, models, options, and combinations to choose from.

Whether you're looking for non-contact or contact, hollow or solid shaft, singleturn or multi-turn, geared, conductive plastic, wire wound, or miniature potentiometers or a long-stroke position transducer, Novotechnik has the sensor you need with the environmental, mechanical and electrical specs that attest to engineering excellence. 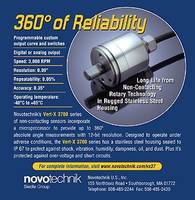 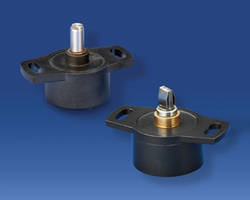 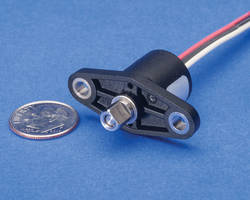 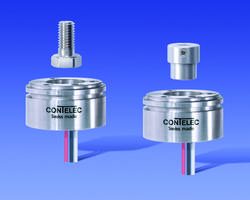 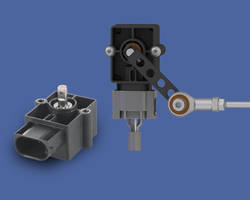 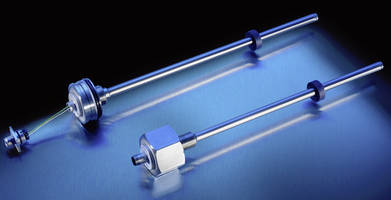