MOUNTAIN VIEW, Calif., October 27, 2008 - Extending its position as the leading provider of low-power programmable logic, Actel Corporation (NASDAQ: ACTL) today introduced nano versions of its IGLOO® and ProASIC®3 FPGAs, targeted at the high-volume, portable consumer market. Actel takes power consumption down to as low as 2 microwatts (2 µW), and package size to as small as 3x3mm; extends its commercial temperature range to sub-zero, and offers zero lead time delivery of packaged goods. Actel also shatters the FPGA price barrier by offering over 50 variants of its nano FPGAs for less than $1.

"We are breaking new ground and taking FPGAs to a whole new space," John East, the company's CEO declared. "While other FPGA suppliers have been eyeing this market, only Actel has the unique ability to immediately address the design requirements of the rapidly burgeoning portable, consumer market. As those markets move at warp speed, we have built a strategic inventory position, which will allow us to offer delivery of the right product mix for customers that need large volumes of a competitive product in the market immediately."

Achieving a significant milestone for the industry, Actel will offer its low-power IGLOO nano FPGAs in a 3x3mm package, the smallest package for any programmable logic device on the market. Complementing its existing portfolio of small 4x4mm, 5x5mm, 6x6mm and 8x8mm packages, the new tiny package makes IGLOO nano FPGAs an even more compelling choice for power-sensitive, space-constrained handheld devices.

The company is also enhancing its standard commercial ambient operating temperatures, offering new ranges for IGLOO nano FPGAs from -20°C to +70°C, allowing many of these portable applications to be operated in sub-zero environments around the world.

Both IGLOO nano and ProASIC3 nano FPGAs, in densities of 60k, 125k and 250k gates, are immediately available in volume with zero lead times. Additional densities will be available in volume in early 2009. Customers also have immediate access to known good die, offering size and cost benefits as well as design integration advantages.

In November, Actel plans to offer a low-cost nano starter kit, priced at $49.95 and fitted with an IGLOO AGLN250 in a VQG100 package. With multiple voltage levels provided, this board allows quick prototyping and access to all I/O pins and can demonstrate Flash*Freeze mode control and enable battery operation.

Actel is the leader in low-power and mixed-signal FPGAs, offering the most comprehensive portfolio of system and power management solutions. Power Matters. Learn more at www.actel.com.
Share 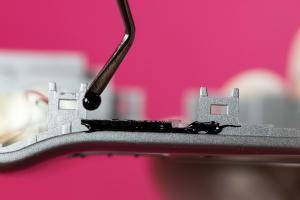 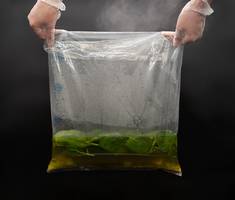