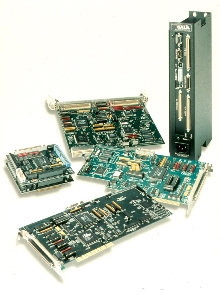 "Ultrasonic motors are increasingly being used as an actuator in precise motion control systems. Because of their high level of friction, these motors can hold a position at a standstill without any vibration when the motor is stopped and the power removed," explained Lisa Wade, Galil's VP-Marketing and Sales. "However, the inherent friction can also cause a delay in motion, especially if the motor overshoots. To alleviate this problem, Galil developed special functions, such as anti-friction bias, deadband capture and two sets of PID filters that help with point-to-point control of the ultrasonic motor."

The modified firmware speeds up the settling time and holds the motor in a vibration free mode, resulting in a significant reduction in settling time, in comparison with standard firmware. The firmware features Galil's simple, intuitive 2-letter commands to facilitate quick and easy programming.

Galil offers the Ultrasonic Motor Special Firmware for a one time $400.00 fee and is immediately available for shipment from stock.
Share