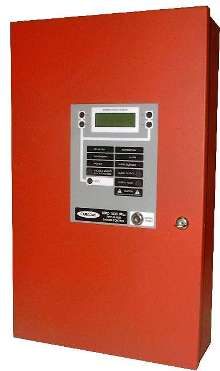 Operating controls and indicators are mounted on the door with a mylar label for identification. An 80-character LCD display provides specific indications for addressable devices and conventional expansion zones while LEDs indicate general panel status.