o The product provides up to 63 percent increase in life cycle energy savings for a structure and increases the comfort level of the interior.

o The Kynar Aquatec resin used in APV eCoolRoof is a tough, engineered thermoplastic offering a unique balance of properties.

o Available nationwide directly from APV for use on commercial projects such as refrigerated warehouses, and domed facilities.

AKRON, OHIO - APV Engineered Coatings® has launched APV eCoolRoof(TM), a new cool roof coating system comprised of a Kynar Aquatec® resin-based topcoat and an elastomeric acrylic basecoat. Working together, these two products can provide up to 63 percent increase in life cycle energy savings for a structure.

"APV eCoolRoof Topcoat has been engineered to significantly increase the emissivity and total solar reflectance properties of a roof's surface and sustain it for a minimum of 10 years", according to Thomas Venarge, president of APV Engineered Coatings. "This field-applied topcoat product is designed to be applied over APV eCoolRoof basecoat to produce the ultimate high performance barrier to the sun's rays. Our research shows that this product extends the life of a roof by twice as long as a traditional roof coating."

The eco-friendly APV eCoolRoof has a low VOC content and resists ultraviolet (UV) ray degradation, chalking, water pickup, dirt pickup, staining, chemicals and corrosion, algae and fungal growth along with abrasion. Made in Ohio, the product increases the comfort level of the interior of a structure by providing lower indoor temperatures, which reduces the amount of energy used from cooling systems.

"There are tremendous financial and environmental benefits for building owners using APV eCoolRoof," says Venarge. "The coating system can be added to a roof in any stage of its life cycle, as long as it is structurally sound. Thus, APV eCoolRoof transforms the existing roof providing an entirely new roof membrane. The products should also increase the life expectancy of facility air conditioners and cooling systems. It's the ideal product to give an old roof new life."

The APV eCoolRoof coating system meets or exceeds initial Cool Roof Rating Council (CRRC) requirements to reflect sunlight and heat away from a structure. The products are currently participating in a three-year certification program of age testing, after which they will qualify for ENERGY STAR® and CRRC ratings.

According to the CRRC, a benefit of a Cool Roof is the reduction in air pollution from the emissions of the roof itself, which can help reduce heat islands around cities and populous areas. These are important considerations for builders, roofing contractors and building owners wishing to make a positive impact on the environment.

The single coat applications of both the basecoat and topcoat for APV eCoolRoof are field-applied and air dried, requiring no baking. Additional benefits include the white color retention of the glossy coating over years of service, reduction in maintenance costs and the ability to extend the life of a current roof.

The APV eCoolRoof Basecoat is field applied first to fill in pinholes or small cracks in an existing roof, help smooth the roof surface, and serve as a bonding layer for the topcoat. The topcoat is then applied and serves as long-term protection to sustain the reflectivity of the sun's rays for a minimum of 10 years. The highly-durable topcoat resists chemicals, corrosion, dirt and algae/fungus. Used together, the two products increase the longevity and efficiency of a roof.

"The fluoropolymer technology in APV eCoolRoof provides a long and sustained lifespan for a roof," says Venarge. "This product increases the surface's reflectivity and emissivity ability and successfully sustains it for a minimum of 10 years. In comparison, over a 20 year period, the reduction of CO2 emissions of an APV eCoolRoof versus that of an elastomeric acrylic on an area the size of an average city block is equivalent to taking 51 cars off the street.¹"

Available nationwide directly from APV Engineered Coatings for use on commercial projects such as high rise buildings, refrigerated warehouses, domed facilities, factories and stadiums, APV eCoolRoof is warranted for 10 years for reflectivity. The product may be applied over a multitude of surfaces, PVC, asphalt, rubber (including EPDM), metal, SBS & APP modified bitumen, single-ply, and polyurethane foam systems.

The Kynar Aquatec resin used in APV eCoolRoof is a tough, engineered thermoplastic offering a unique balance of properties to withstand harsh thermal, chemical and UV environmental conditions. Manufactured by Arkema Inc., the resin provides APV eCoolRoof the ability to resist abrasions, dirt and the growth of mold and mildew.

Founded in Akron, Ohio in 1878, APV Engineered Coatings manufactures innovative,custom engineered products that are sold worldwide to a wide variety of industries. For more information on products and services, visit apvcoatings.com, www.ecoolroof.com, or call 800-772-3452.

APV eCoolRoof products are sold under a trademark license from ARKEMA INC. which is the owner of the KYNAR and KYNAR AQUATEC Trademarks.

APV eCoolRoof is a trademark belonging to APV Engineered Coatings.

[1] In reference to the "Cool White Roofing Savings Calculator App for iPhone" developed by Arkema Inc., this is derived from a study published by Lawrence Berkeley National Laboratory on energy savings and greenhouse gas reduction. 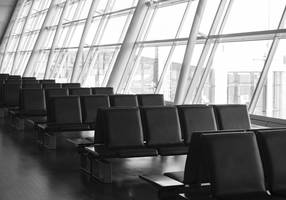 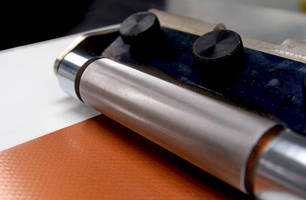