Graham to become Director of Special Projects, Jim Wirtz to succeed as President

REP Corporation (Bartlett, Illinois), the market leader in rubber molding machinery, today announces that Tim Graham, the company’s president since 2005 and a REP employee since 1979, will assume a new role, effective January 1st 2019.  Graham will become the Director of Special Projects and current After Sales Director for North America, Jim Wirtz, a longtime industry veteran, will assume the role of president.  Graham intends to remain with the company for the near term, before taking retirement in 2019.

Tim Graham has been a force in the North American rubber industry for many years.  After attending Hope College and the University of Michigan, where he achieved his degree in engineering.  Tim began his career in technical sales with REP in 1979, when REP Corporation was less than a decade old.  REP Corporation is the North American subsidiary of REP International, based in Lyon, France, a world leader in rubber molding and related machinery.

Working with former presidents Jim Jennett and Ron Dagar, Tim Graham helped to steadily build the REP install base of machines in the North American market, which today totals over 3000.  He comments, “I’ve seen REP develop an amazing line of machines, over the years, starting with the G3.  I was with the company when we made a major breakout on G6 injection presses, the first in the industry with microprocessor closed loop control, a huge jump in technology for the rubber industry.”  Tim also watched the development of the company’s pioneering of valve-gated cold runner molding, which made a huge impact on the material consumption of the machinery on the market.

Graham become VP at REP in 2005 and, shortly afterwards, assumed the role of president, the position he’s held until today.  He notes, “I’ve been at REP through some great periods of growth and also through some intense downtimes, but we’ve had a terrific team of sales and service people here at the company, over the years.  They’re responsible for helping the company achieve the position we hold in the market today, in combination with what I believe to be the most advanced rubber molding technology in the world.”

Along the way, Tim Graham has met some incredible people in the rubber business.  “I’ve always been impressed by the quality of the people in this industry, which I think derives from their technical skills combined with the people skills that drive any successful business.  Even as the industry has transitioned to a very high technical level and gone online for so much of the communications over the years, it’s still very people-centric and the relationships I’ve had with some of the stellar members of the rubber business have been extremely rewarding, on a personal level.”

Tim Graham has taken an active role in the industry, participating for many years in local rubber group functions and as a founding member of the Association for Rubber Products Manufacturers.  Tim’s legendary talents on the golf course are often the subject of discussion, he jokes, but he’s been proud to join his colleagues over the years in both business and social activities.  He’s also attended every rubber trade show since 1979.

As only the third president of REP Corporation since its inception in 1970, Tim is very proud of the continuity of management and commitment to the industry at REP.  “I’m certainly a very different person from my predecessors, but we all still talk and share stories about the industry and our company’s leading role in it.”

On the business side, Graham cites one project in particular as a shining star moment.  “REP was challenged by a leading pharmaceutical product manufacturer to devise a highly automated work cell arrangement.  We brought a variety of our engineering and machine building skills to the task at REP and fulfilled, even exceeded, our customer’s expectations.  We all worked very hard to meet the challenge and were very pleased with the outcome, as was our customer.  I think that, no matter how long you’re on the job, those moments are still very satisfying.”

He cites the many changes in the industry over the years.  “Service has never been more important.  From the early days of just-in-time in the auto industry until today, where the market has gone global and the high degree of automation means downtime must be minimized, we are now called upon more than ever to provide immediate assistance to our customers, whether it’s application engineering, commissioning and start-up validation, after-sales parts or machine service.  Yes, we sell quality machines, but there’s so much more to the customer relationship today, especially as the older rubber guys leave and a whole new generation assumes the workload.”

Tim Graham gets philosophical, at times.  “If I had to give advice to somebody in any business, it would be, don’t rest on your laurels.  Always reach out for the next challenge and keep innovating the ways you build machines as well as the way you do business.  A lot has changed over my years in the rubber industry, but that attitude has served REP well, since we began.”  He notes that following college, he worked for his dad, also in the rubber industry, who’d given him some of that same advice.

Jim Wirtz, the new president at REP, muses, “We’re very glad Tim is sticking around for a time.  His knowledge and especially his personal relationships with our customers are invaluable assets to REP.  I look forward to working with him in the new role.”

Tim Graham is a Detroit native and grew up in Bloomfield Hills.  Today, he resides in St. Charles, Illinois with wife Mary Anne. 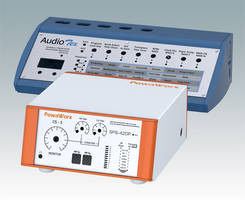