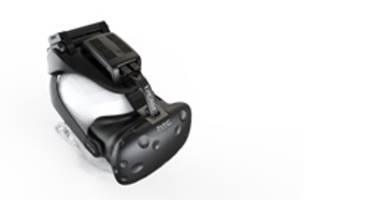 TPCAST Unveils the “TPCAST Plus,” a Comprehensive Upgrade of its Commercial Wireless VR Technology

TPCAST announced an upgrade of its wireless VR products – TPCAST Plus. TPCAST Plus is a product family that includes adapter hardware and software upgrades, an integrated wearable head plate and 4-in-1 battery charger, and full support for microphone capabilities of the HTC Vive and Oculus Rift headsets.

TPCAST announced an upgrade of its wireless VR products – TPCAST Plus. TPCAST Plus is a product family that includes adapter hardware and software upgrades, an integrated wearable head plate and 4-in-1 battery charger, etc. These innovations are based on TPCAST customers’ feedback and experience. The new adapters for HTC Vive and Oculus Rift will fully support microphone capabilities, increased stability and anti-interference, thus significantly enhancing both consumer and enterprise VR user experience.

TPCAST will present and demonstrate the TPCAST Plus products at CES 2018. The TPCAST Plus hardware simplifies the Wireless Adapter, providing a plug-and-play solution, by removing the router and replacing it with a USB dongle (i.e., no PC LAN port connections), and introducing a seamless installation process. The adapter also includes software optimizations and microphone support.

The TPCAST Plus Adapter, like the previous generation, features 2K resolution in each eye with a 90 Frame Per Second rate and delivers sub 2ms latency. The new adapter supports automatic restart, wireless interference reduction, and automatic wireless channel detection that substantially improves the stability of the Wireless VR connectivity. Additionally, the hardware upgrade dramatically decreases the restart time.

TPCAST will showcase the TPCAST Plus integrated system at the CES show floor. This innovative design includes a built-in backplane with a small battery that incorporates all the wireless adapter components into one piece of hardware residing on top of the headset, creating a real and unique wireless solution with no extra cables. Furthermore, this system supports hot-swap battery, coupled with the newly launched 4-cell battery charging cradle, significantly enhancing the wireless VR system's endurance and stability. This series of complementary products enriches the TPCAST Plus Adapter product family and substantially improves the productivity and capabilities of consumer and enterprise users.

"The launch of the TPCAST Plus Adapter positions TPCAST as the leader in the Wireless VR Market. The consolidation of the adapter components into one Wireless VR unit allows a fully immersive user experience," stated Michael Liu, CEO of TPCAST. “We expect that this upgraded product family will lead to a rapid increase of VR content that takes advantage of Wireless Virtual Reality experiences, thus bringing more consumer and enterprise customers into the wireless VR market.”

The TPCAST products in production are supporting HTC Vive and Oculus Rift. The current TPCAST products are shipping in China, North America, and Europe. The expected release date for the TPCAST Plus is in the first half of 2018.