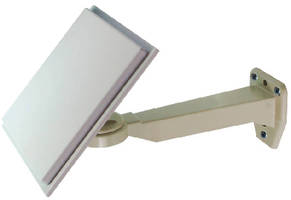 Satellite antenna packs aid distribution of satellite radio channels from one Crestron outdoor antenna to multiple tuners using standard RG-6 cable. While SRD-ANT-1-PAK supports one tuner and SRD-ANT-4-PAK supports up to 4, both offer 200 ft range for each tuner. One tuner and high-gain line amplifier are included with SRD-ANT-1LD-PAK, which offers 300 ft range, just as SRD-ANT-8-PAK, which features two 4-way amplified splitters and supports up to 8 tuners (expandable to 16).

SRD-ANT-1-PAK supports a single tuner; range up to 200 feet

SRD-ANT-4-PAK supports up to four independent tuners; range of up to 200 feet each

SRD-ANT-1LD-PAK includes one tuner and high-gain line amplifier; range of up to 350 feet

SRD-ANT-8-PAK (includes two 4-way amplified splitters) supports up to eight tuners: signal range up to 300 feet. An additional 3-way couple can split the antenna signal to each of the two amplified splitters, allowing easy expansion up to a total of 16 satellite radio tuners.