Latest NAND Flash Technology Will Allow BiTMICRO to Offer up to 832GB Capacity in Compact Form Factor, Paving the Way for Mass SSD Deployment in the Performance and Capacity-Hungry Yet Price-Sensitive Personal Computing and Enterprise Markets

The 2.5-inch E-Disk® Altima(tm) E2A3GM flash SSD is estimated to deliver sustained rates of up to 100 MB per second and up to 20,000 I/O operations per second. BiTMICRO further complements this SSD-level performance with enterprise-level capacities, as the E-Disk® Altima(tm) SATA flash solid state disk can reach capacities of up to 832GB of pure solid-state flash storage. The drive offers SATA 3.0 Gbps support and "hot pluggable" capabilities to personal computing and enterprise applications requiring high capacity and high performance yet affordable solid state storage.

"The declining cost of NAND flash memory, coupled with rising SSD densities, is enabling SSD implementation in the personal computing market," says Jeff Janukowicz, Research Manager for Solid State Drives at IDC. "More cost-effective SSD solutions based on MLC technology, such as the E-Disk® Altima(tm) E2A3GM flash SSD from BiTMICRO, are positioned to take advantage of the tremendous unit growth opportunity in the personal computer SSD segment, which is expected to rise by 477% annually from 2006 to 2011."

EDSA(tm) goes hand in hand with the Logical Unifier of Extensive Transfer Arrays (LUNETA(tm)) ASIC, BiTMICRO's proprietary flash memory management interface controller that is designed to orchestrate massively parallel and multi-block I/O operations on large arrays of flash devices. LUNETA(tm) supports both NAND (SLC or MLC) and AND types of flash memory and is typically used in designs to complement the EDSA(tm) controller in applications that require scalability and management of larger amounts of flash devices. 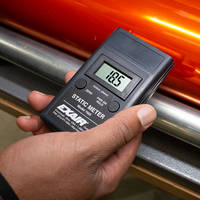