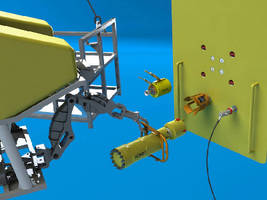 As oil and gas companies continue to pursue complicated and costly exploration in deep, remote waters, there is an increased demand for better data and insight into operating conditions subsea and downhole. Whereas a single production field may have 20-30 operating wells, with more than 40 production trees and manifolds, each of these assets can have anywhere from 5-15 monitoring sensors mounted. These sensors provide production teams increased visibility to production variables, early indication of degrading asset health, plus early warning of impending abnormal situations. As intelligent sensor usage increases and production environments become more complex and remote, the demand for easier ways to maintain these assets becomes paramount to improved reliability and lower operating costs.

"Emerson's acquisition of Roxar one year ago was motivated by our desire to improve customer insight to subsea operations with intelligent sensor technology, just as we have done in other industries," said Steve Sonnenberg, president Emerson Process Management. "The staggering complexity of offshore production not only drives the demand for better subsea intelligence, it brings the challenge of keeping operating and maintenance costs down. This new Roxar ROV Sensor Retrieval System can literally save customers millions of dollars by reducing the cost and time required to maintain subsea assets."

With traditionally mounted instrumentation, offshore operators would periodically be required to lift an asset like a tree or manifold to the surface in order to repair it. This would require shutting off production associated with those assets, plus the significant cost of hauling the asset to the surface and replacing failed or compromised instrumentation...potentially a million dollars a day or more. Emerson's new subsea ROV (remote operating vehicle) retrieval system, which will provide first-of-its-kind underwater maintenance and repair capabilities, can perform a retrieval and replacement in just 2 hours for a fraction of the cost of traditional methods...without sacrificing production.

"As is often the case, the idea for this new system came from our intimate collaboration with our customers," continued Sonnenberg. "By better understanding their challenges and goals, we were able to design and engineer an industry-changing solution that not only solves one customer's problem, but solves a challenge commonly faced by everyone in the deepwater offshore production industry."

The Roxar ROV Sensor Retrieval System is being evaluated and tested by a consortium that includes Emerson, BP, Chevron, Shell, Total and Statoil. This Joint Industry Project is sponsored by Demo 2000, a Norwegian government research initiative, which has the goal of increasing efficiencies and cost effective technologies on the Norwegian Continental Shelf (NCS). ISO and API standards certification for this new technology is being sought this year.

o A Permanently Installed Mechanical Interface, which consists of a pipeline hub with guide felix and guide funnel, which guides the electronic canister and retrieval tool into place. The interface, designed to accommodate different types of sensors, must be machined and installed on the subsea structure.

o The ROV-based Sensor Retrieval Tool, which replaces the sensors during operation, providing a metallically sealed, leak proof connection to the system where the probe carrier is installed. The tool includes a collet connector with a pressure vessel and revolver.

o The Hydraulic & Control System, contained within a skidded ROV retrieval tool basket. Attached as part of the ROV, the skid is the carrier used to transport the tool to its location. The skid also pumps and flushes fluid through storage tanks and hydraulic and electrical couplings to enable the ROV to control the tool.

Benefits to the operators include:

o Reduced Costs and Increased Subsea Asset Performance. The Roxar subsea ROV retrieval system takes the cost of maintenance out be eliminating the need for manually retrieving the entire production asset. Only the sensor needing replacement or repair is involved, with no loss of production during the replacement.

A pilot on one of Statoil's fields is due to take place during 2010 and plans are also underway to secure ISO/API accreditation so that the system becomes a standard industry interface. The system is being qualified and will be extensively tested, including shallow water testing with an ROV.

o Connecting the Retrieval Tool. With no dirt or deposits on the seal faces, the retriever tool is inserted into the funnel by the ROV. The collet connector is then activated to secure the connection. Testing of the seals is performed before the retrieval procedure begins.

o Loading the Replacement Probe Carrier. This is achieved through a turning of the revolver with the wing motor pressurized. By increasing the pressure behind the new probe carrier within the tool cylinder, the probe carrier moves into the mechanical interface and locks in place.

o Removing the Retrieval Tool. Following thorough testing of the connection between the probe carrier and the mechanical interface, the collet connector's port must be deactivated to detach the tool. The tool is then removed by pulling the handle without impacting the new probe and is parked safely in the ROV tool basket.

Emerson (NYSE:EMR), based in St. Louis, Missouri (USA), is a global leader in bringing technology and engineering together to provide innovative solutions to customers through its network power, process management, industrial automation, climate technologies, and appliance and tools businesses. Emerson's sales in fiscal 2009 were $20.9 billion. The company is ranked 94th on the Fortune 500 list of America's largest companies. For more information, visit www.Emerson.com. 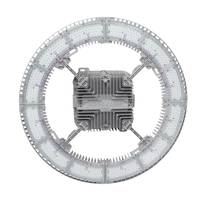 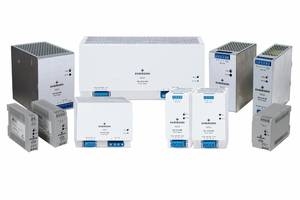 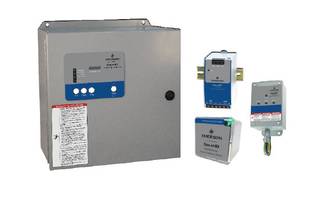