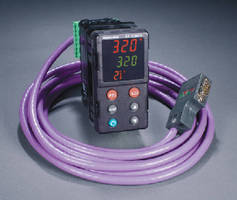 Since the company's founding in 1922, Watlow has brought its thermal expertise to numerous applications, including semiconductor, photovoltaic, analytical, medical, clinical, plastics processing, foodservice equipment, packaging, aerospace and others. Headquartered in St. Louis, Missouri, Watlow is the largest custom designer and manufacturer of industrial heaters, sensors, controllers and software with offices and manufacturing facilities around the world.