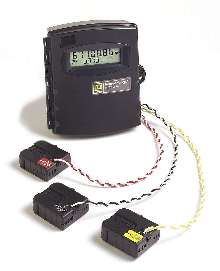 PALATINE, Ill. - April 10, 2003- Square D / Schneider Electric, the leading supplier of power monitoring and control equipment, today announced the release of POWERLOGIC® Power Meter 800 (PM800). With its large characters, Power Meter 800's unique display is easy to read and allows users to view all three phases, plus neutral for current or voltage at one time.

"This meter features a lot of power in a small, relatively inexpensive package," said Gregg Morasca, POWERLOGIC National Sales and Marketing Manager. "Customers who tested the meter during development were extremely impressed by how easy it is to use and by its overall capabilities. The Power Meter 800 offers customers exactly they've been asking for in this type of meter - a 96x96mm meter that has enough power for advanced functionality, with an easy to use display that can be read in extreme lighting conditions or viewing angles."

The Power Meter 800's custom logging capabilities usually are found only in higher priced meters. Those logging functions allow users to capture extensive power equipment data due to an expansive amount of memory, ranging from 80k to 800k.

The Power Management Organization of Square D/Schneider Electric provides a full range of power monitoring hardware and software, lighting control hardware and software, and a variety of engineering services. For more information about the PM800 or the complete line of SQUARE D power management equipment, contact Square D/Schneider Electric at 1-800-392-8781, www.powerlogic.com or help@SquareDinfo.com.

Headquartered in Palatine, Ill., the North American Division of Schneider Electric had sales of $2.7 billion in 2002. The North American Division is one of three geographic divisions of Schneider Electric, headquartered in Paris, France. It markets SQUARE D, TELEMECANIQUE and MERLIN GERIN products in the United States, Canada and Mexico. In the United States, it is best known by its flagship SQUARE D brand. For 100 years, SQUARE D has been a market-leading brand of electrical distribution, industrial control and automation products, systems and services. Schneider Electric is a global electrical industry leader with 2002 sales of approximately $9.5 billion. Visit Schneider Electric at www.schneiderelectric.com, www.schneiderautomation.com, transparentfactory.com or www.SquareD.com. 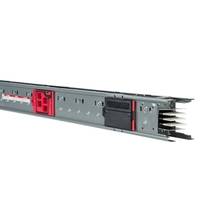 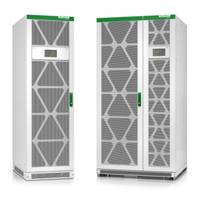