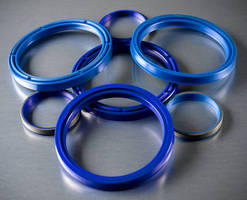 Able to withstand temperature fluctuations as well as exposure to mineral fluids, polyurethane for seals exhibits resistance to water and ozone. Integrity is safe from damage due to hydrolysis even when used in water heated to 80Â°C. With viscoelastic behavior that affords usage spectrum of -40 to +120Â°C, polyurethane is suited to construction and agricultural machinery as well as materials-handling equipment.


PLYMOUTH, Mich. — Freudenberg-NOK Sealing Technologies is introducing a new generation of polyurethane that is expected to set new standards for the sealing industry. The polyurethane was developed for a wide array of uses and the new standard material is more resistant to water and withstands major temperature fluctuations better than existing polyurethanes.

“This is the best polyurethane for seals that has ever reached the market,” said Dr. Jürgen Hieber, a developer at Freudenberg’s Schwalmstadt, Germany plant.

Polyurethane is primarily known as foam for door frames and mattresses and is also frequently used in paints and adhesives. In keeping with the slogan “often invisible, always essential,” polyurethane is important for the production of seals that perform tasks under especially severe conditions. Along with excellent resistance to ozone, it has four times the robustness of elastomers. It also effectively withstands exposure to mineral fluids.

Polyurethane seals are primarily used in heavy-duty machinery such as excavators and tractors. Freudenberg's development of its own materials is an important core competency for the company.

“We produce the basic materials for our seals ourselves so we are not dependent on suppliers,” said Mathias Burkert, a Freudenberg Sealing Technologies product manager in Schwalmstadt. “We have succeeded in manufacturing a basic material for seals with a far longer operating life than the current materials used.”

The usage spectrum for the new polyurethane ranges between -40°C and +120°C. This was made possible by a specific modification of the polyurethane components responsible for its temperature characteristics. It resulted in the new material’s particularly favorable viscoelastic behavior. In practice, this means that seals made from the material stay flexible at low temperatures and sufficiently stable at high temperatures. In this way, development engineers take changing market requirements into account.

This new generation of polyurethane seals is especially well-suited to construction and agricultural machinery, as well as materials-handling equipment which require high-performance materials that allow far longer periods of operation.

“We have achieved the objectives of being more robust and lasting longer,” Burkert said.

Common parts, which are universally usable and help to lower costs, are mandatory for new designs. The new polyurethane generation is a universally usable material that fulfills these requirements. Until now, manufacturers often had to store different versions of components such as hydraulic cylinders, depending on the location around the globe where they were due to be used and on the medium that the hydraulic system employed.

“Today construction equipment is developed for global use. Seals must function in the Arctic as well as the desert and perform their tasks reliably for years,” Burkert said. “The new generation of polyurethane is designed precisely for such requirements.”

“The new material is superior to other polyurethanes in all relevant areas,” said Hieber, who has worked at Freudenberg since 1996. “It offers superb performance in heat and cold, can be used in mineral hydraulic fluids at up to 120°C, and is safe from damage due to hydrolysis even when used in water heated to 80°C.”

While conventional standard polyurethanes often give way after several months of operation under these conditions, the new mixture lasts many times longer and ensures the capacity of the equipment to do its job. But the material is also a genuine high performer when it comes to pressure.

In a comparison test with various extrusion gaps at 40 megapascals and 100°C, seals with the new generation of polyurethane show no appreciable sign of wear, while conventional seals malfunction prematurely. Its tensile strength also far surpasses current possibilities measuring around 25 megapascals, or 35 percent above other materials.

“As a result, we can apply much more pressure on the cylinders than we could previously,” Hieber said.

Experts at Freudenberg Sealing Technologies were able to double extrusion stability under high pressures. This ensures the avoidance of damage from any pressure peaks, which can be particularly evident in highly stressed equipment such as construction machinery. This is good news for the sealing specialist‘s customers. They can rely on a product that meets the highest technical demands and allows long, maintenance-free operating cycles — under the world’s toughest operating conditions.

“We expect our product to last three to four times longer than the others,” Hieber said.

Freudenberg-NOK Sealing Technologies is the Americas joint venture between Freudenberg and Co. in Germany and NOK Corp. in Japan. Freudenberg-NOK is a leading producer – through its Automotive, Merkel, Process Seals and Simrit sales channels – of advanced sealing technologies for a variety of markets including: aerospace; agriculture;  appliance; automotive; construction; diesel engine; energy; food and beverage; heavy industry; and pharmaceutical. Founded in 1989 under the legal name Freudenberg-NOK General Partnership, Freudenberg-NOK is headquartered in Plymouth, Mich. and operates more than 20 facilities across the Americas. For additional information, please visit www.fnst.com.
Share 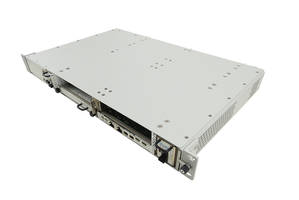