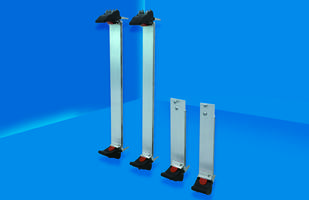 The new 6U OpenVPX panels feature an extra thick extrusion, providing both rigidity and the ability to attach helicoils on the faceplate. There is also a PCB holder bar that extends along the inside of the 0.8” wide panel. This bar acts as a stiffener for the panel and provides a more secure interface for attaching the PCBs. EMC gaskets and the Pixus Type IVs ejector handles with it’s rugged metal engagement claw are optional. Versions in a 3U height or 1.0” width are available upon request.