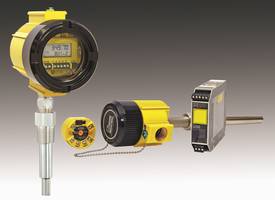 North Hills, CA — Moore Industries has released the SIL 3-capable STZ Functional Safety Smart HART Temperature Transmitter family. Part of the FS FUNCTIONAL SAFETY SERIES, the STZ is a dependable and accurate temperature transmitter for use in Safety Instrumented Systems (SIS) where dangerous processes occur. The STZ has been certified by exida after rigorous evaluation to ensure conformance with strict IEC 61508:2010 standards for safety-related applications.