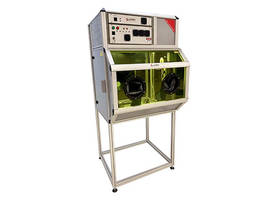 “As the Federal Agencies demand for safer and better ways to protect workers and the environment, Laser Photonics is broadening its portfolio to include Cleantech™ Laser Blaster Cabinet, enabling workers and industries to a more friendly and faster methods of cleaning a variety of critical industrial applications that are hazardous, such as abrasive blasting, chemicals, nuclear contaminant, mold, and metallic residue, to name a few” said Wayne Tupuola, President of Laser Photonics Corporation. “Now, companies nationwide will be able to move away from the old days, comply with the new regulations and ultimately switch to a safer, faster and more reliable procedure.”

The applications and benefits of Cleantech™ Laser Blaster Cabinet are seen across a variety of industries, including automotive, aerospace, nuclear, defense, shipbuilding and maritime, among others:

Automotive:
Using Laser Cleaning for paint stripping avoids health issues like skin and eye irritation. Paint stripper chemicals can cause headaches, drowsiness, nausea, dizziness and loss of coordination. Some of the chemicals used have also been linked cancer, reproductive problems and damage to the kidney, liver and brain. With Laser Cleaning you can selectively clean parts of components, such as the rim of the lower oil pans, without the detrimental health risks that are known in abrasive blasting and chemical cleanings.

Aerospace:
Traditionally, aviation manufacturers have relied on dry abrasive blasting processes for surface finishing and cleaning. But the resultant dust from sand blasting and dry blasting poses health problems to employees as well as safety hazards to the factory when static electricity is present, which can lead to explosions and fires. Laser Cleaning reduces the amount of waste products, which in turn, increases safety and with no need for chemicals.

Nuclear:
Nuclear power plants can produce a very large amount of energy from a very small amount of fuel. The radioactive waste produced can be clean safely with laser technology. Laser Cleaning can de-contaminate radioactive components and remove oxide-bound radiation without damaging the base material.

Defense:
Hulls can collapse, ballast tanks weaken and motors fail, all because of rust. Rust may work through the metal near the gas tank of a vehicle, aircraft or ship puncturing the fuel line and causing gas to leak. Even worse, damage to the structure of a vehicle compromises its ability to absorb impact damage properly. Laser Cleaning is a safe and cost-effective way to maintain military equipment and transportation mechanisms from corrosion.

Shipbuilding and Maritime:
Ships are full of saltwater systems and ocean air. Rust, dirt and salt are the main reasons of a mal-function and paint is what protects the metal from corrosion. Laser Cleaning, helps remove old paint and rust to prepare the surface for a new and highly adhesive coat.

About Laser Photonics
Laser Photonics Corporation, based in Orlando, Florida, is the leading industrial company in high-tech laser systems for laser cleaning, laser marking, laser cutting, laser engraving, 3d printing, and other material processing applications. Our systems are, currently and historically, used by manufacturers in the automotive, aerospace, industrial, defense, electronic, semiconductor, flat panel and medical industries around the world. The Laser Photonics product line is associated with a number of worldwide licenses and patents for innovative and ‘unique to the industry’ laser products and technologies.