Arjay Engineering announces the upgrade of their 4100-HCF controller to display liquid level in addition to the current oil thickness display.

“The updates minimize costs for our customers by eliminating the need for two controllers and providing level and oil thickness readings in one convenient location,” said Greg Reeves, Arjay Engineering President.

In applications where there are routine oily leaks such as refineries, oil production, airports and railways, there is generally a need to monitor for oil thickness and water level. The enhanced controller software connects to Arjay’s Floating Oil Thickness Sensor and any third-party level device for a cost-effective approach to monitoring oil thickness and level. The touch screen controller provides a simple menu-driven operator interface and display where all the set-up, calibration and diagnostics take place.

The new feature is an add-on option that comes with Arjay’s Floating Oil Thickness Monitor. The Floating Oil Thickness Monitor consists of a unique sensing probe that continuously monitors a water surface generally in tanks, pits or ponds. As the oil accumulates on the surface, the sensors capacitance changes. This interface signal is used to provide outputs, displays and relay control. 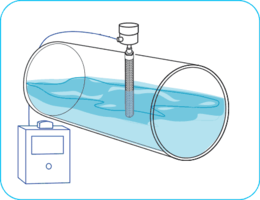 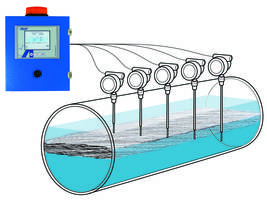