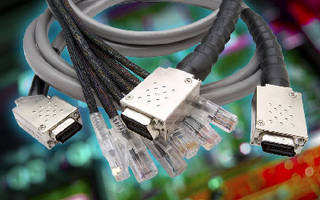 Average pricing for Stewart Connector's MRJ21 cable assemblies is $145.00 each. Delivery is from stock to 4 weeks. Custom assembly lengths are accommodated.

MRJ21 is a trademark owned by Tyco Electronics Corporation used here under license.