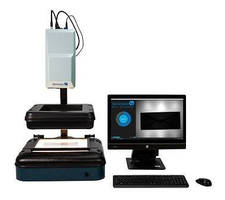 The ChemImage VeroVision Mail Screener features a simple, one-click user interface that allows the operator to quickly and efficiently scan mail. Within seconds, the presence of an illicit drug and/or common cutting agent that may be hidden in a mail item is confirmed. And now, not only will the system detect the illicit material; it will give you a presumptive identification of what that material is.  These detections/presumptive identifications are presented to the user in a simple interface which allows for report generation, inclusive of images.

In addition to demonstrating the Mail Screener's detection capability and officially introducing its Presumptive Identification capability, as a part of the expo, ChemImage Sensor Systems is hosting a hospitality event after sessions on Monday, August 8th, 2016 at Kings in Boston. Attendees to the expo have been invited to the CISS event for a fun-filled night of games, amusement, and other surprises to celebrate our continued success with the VeroVision Mail Screener and the launch of the Presumptive Identification feature.

For more information on the VeroVision Mail Screener product or ChemImage Sensor Systems you can visit them during the ACA conference or on their website www.cisensorsystems.com.

ChemImage Sensor Systems is a subsidiary of ChemImage Corporation, a leader in chemical imaging technology and instrumentation

ChemImage's headquarters are located in Pittsburgh, PA, where it pioneers research and development, as well as providing engineering and manufacturing which develops innovative products for the global marketplace.