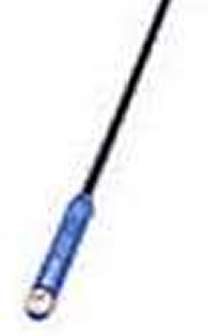 When mounted on a pneumatic cylinder, the new mounting bracket allows the entire length of the sensor to be pressed against the cylinder along the floor of the mounting slot. This results in a firm, stationary placement at an optimum distance from the piston to be detected, and prevents the sensor from being pulled out by its cable. The MZ T6 detects through cylinder housings of aluminum, brass and stainless steel and is suitable for all common T-slots. The RZ T6 cylinder sensor is available with a reed switch output contact instead of the electronic switching output.

The new MZ T6 and RZ T6 have been designed to provide user-friendliness and reliable switching capabilities. The sensors are inserted into the T-slot from above, which cuts the costs of mounting. The single screw, left handed thread and combined slot/Allen screw head can be easily tightened using a standard screwdriver for rapid, secure installation of the sensor in the slot. In the process, the sensor is pressed onto the floor of the T-slot along the entire housing length.

The MZ T6 is the ideal magnetic cylinder sensor for all common T-slot cylinders. Additional features of the MZ T6 include a DC 3-wire version, a variety of connectors, an LED functional indicator on the sensor, a PNP NO contact output function and an enclosure rating of IP 67. The RZ T6 is available as both AC/DC 3-wire version and 2-wire version with a reed switch output contact.

For more information on the MZ T6/RZ T6 use the following link: sickusa.com/live/master/newProducts.asp or contact SICK at 1-800-325-7425
Share