"The motion control industry is a 'nearly invisible' industry, in that it is ubiquitous in everyday applications but nearly unseen. While many recognize that power and control must come together for the basic functions of motor control, the complexity of optimizing those functions together is often underestimated," said Luminary Chief Marketing Officer Jean Anne Booth. "So while the market potential is great, the challenges facing motion control OEMs are even greater: energy efficiency, complexity of applications, time-to-market, and software development costs. Bringing an ARM architecture to the motion control industry, and particularly the Stellaris implementations of the Cortex-M3 architecture, addresses not just one of these challenges, but all of them. For this reason, Stellaris is rapidly becoming the MCU of choice for motion control OEMs."

AC induction motors are widely used in appliance and residential applications, in what the industry traditionally refers to as "white goods." The reliability and simplicity of AC motors also makes them popular in industrial applications, such as residential and light commercial HVAC. Stellaris microcontrollers enable advanced variable speed control that improves efficiency and enables new areas of application. The RDK-ACIM design features a Stellaris LM3S818 microcontroller and drives three-phase AC induction motors up to 1 HP (750 W), and can scale for motors up to 10 HP.

"Reducing energy consumption has become a global concern, with the United States and China as the largest consumers of energy in the world," added Luminary's Booth. "More than half of the worldwide electrical output is used to generate motion, and with overall consumption projected to increase dramatically over the next two decades, designing with an energy-efficient, fully integrated MCU with an ARM core, combined with energy management, appeals to OEMs struggling to meet government mandates for energy efficiency improvements."

Stepper motors are widely used in printers, scanners, and automation applications. One of the few classes of motor that features high starting torque and precise motion without the aid of sensors, the stepper motor's unique capabilities have established it as the motor of choice in countless electronic and automation products. The RDK-Stepper demonstrates advanced control of bipolar stepper motors using the Stellaris LM3S617 microcontroller and Fairchild power semiconductors. Its primary application is driving NEMA17, NEMA23, and NEMA34 stepper motors rated at up to 80 V at 3 Amps.

Everything Designers Need to Move from Evaluation to Fully Integrated Solution

The five new Stellaris family members were announced in February 2007 at the Embedded World trade show in Nuremberg, Germany, and have been optimized to support the complex algorithms necessary for efficient energy-saving motion control applications. The MCUs are referenced by part numbers LM3S317, LM3S617, LM3S618, LM3S817, and LM3S818. As with all Stellaris family members, these MCUs are based on the ARM Cortex-M3 processor - the microcontroller member of the ARM Cortex processor family. Designed for serious microcontroller applications, the Stellaris family provides entry into the industry's strongest ecosystem, with code compatibility ranging from $1 to 1 GHz. Additional advantages include:

o Greater than 50 MIPS with a demonstrable 20x performance roadmap in the
Cortex processor family, allowing for a "no-worry" migration path; and

The collaboration with Fairchild Semiconductor brings Fairchild's Power Franchise(R) to each reference design kit. Long recognized as a world leader in high performance semiconductors, Fairchild specializes in products that optimize system power and that are ideal for the energy restrictions that challenge OEMs when developing today's motor applications.

For detailed information on the features of each Stellaris family member, see www.luminarymicro.com/product_selector_guide.

The new Stellaris MCUs sell separately for less than $5.30 in 10K quantities through distribution. They and all other Stellaris MCUs, and their respective development kits, are available now through Luminary Micro's global sales channel (http://www.luminarymicro.com/sales).

About Luminary Micro and Stellaris

Stellaris is a registered trademark and the Luminary Micro logo is a trademark of Luminary Micro, Inc. or its subsidiaries in the United States and other countries. All other products are trademarks of their respective owners. 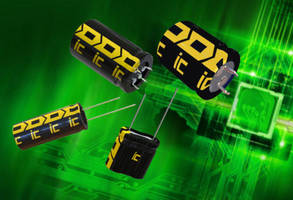 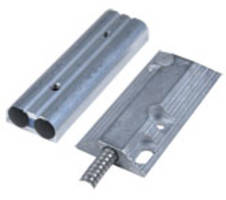 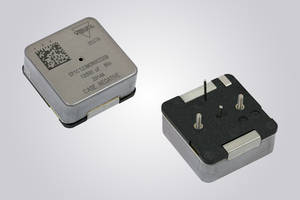 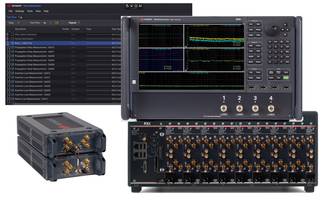 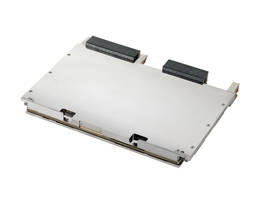