Griplock® Systems’ introduces a new powered suspension system that both powers and suspends LED pendant lighting fixtures weighing up to 40 pounds with only one cable.

Carpinteria, CA – Griplock® Systems, LLC, a market leader in the cable suspension industry since 1992, introduces the most cutting-edge solution for LED fixtures - the Solimar™ Powered Suspension System.  Solimar™ is the latest in the line of powered suspension systems from Griplock® Systems, which began with the patented Rincon™, a single-conductor system utilizing CordFree™ technology for linear fixtures, light boxes, and multi-pendant LED fixtures requiring multiple connectors.

Solimar™ is a dual-conductor coaxial cable, ideal for pendants or linear fixtures, capable of powering any Class 2 LED lighting fixture and strong enough to suspend heavy fixtures with a safe working load of 40 pounds*.  Both Solimar™ and Rincon™ are complete systems which include Griplock’s revolutionary grippers, providing quick, adjustable installation.

“When you have a beautiful light fixture, you don’t want to be distracted by a bulky power cord,” states Ryan Kwast, VP of Sales and Engineering. “Rincon and Solimar allow you to cut the cord and present an elegant and modern look to any linear or single-pendant Class 2 LED fixture, while providing strength and reliability.”

“Companies that are in new product development are now beginning to incorporate either Rincon or Solimar into their designs,” states Sedge Dienst, CEO. “And if they can’t use a powered suspension system for a current product, they’re moving towards our thinnest cable suspension system yet, Wisp™, which is perfect for lightweight fixtures, artwork, or displays.”

Griplock® is the safest, strongest, simplest and most versatile system of its kind on the market today, offering thousands of precision-made parts to fit almost every conceivable application.  For more information contact Griplock® Systems at 805-566-0064. 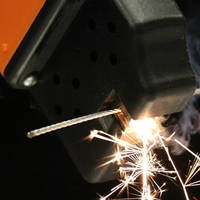 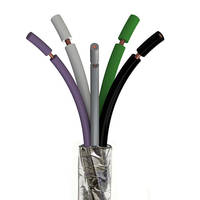 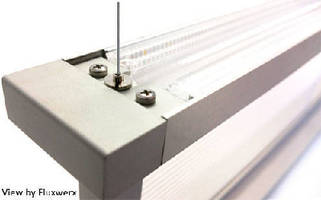