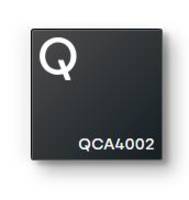 The Wi-Fi 6 Networking Platform delivers improved network capacity and user experience for Wi-Fi users. The platform offers up to 12 streams of dual-band Wi-Fi with up to eight (5 GHz band) and four (2.4 GHz band) spatial streams. It enables up to 8 simultaneous transmissions using upstream/ downstream MIMO. The networking product is offered in home, enterprise and carrier configurations. The Wi-Fi 6 supports third-generation of security protocol and WPA3 for protecting user passwords and privacy across public and private Wi-Fi networks.

​LAS VEGAS, Jan. 7, 2019 /PRNewswire/ -- Qualcomm Technologies, Inc., a subsidiary of Qualcomm Incorporated (NASDAQ: QCOM), today continued to build on its Wi-Fi 6 networking technology traction with the announcement of a home mesh networking product with NETGEAR, accentuating a long list of previously announced and commercially available enterprise and carrier networking products based on the Qualcomm® Wi-Fi 6 Networking platform from Ruckus, Huawei, H3C, NEC, EnGenius, Charter Communications, Calix, and KT. Taken together, these products attest to the significant traction Qualcomm Technologies has achieved, as well as the leadership role the company is playing in defining and guiding the adoption of high-capacity, high-efficiency experiences based on the forthcoming 802.11ax wireless standard.

“Our world-class engineering capabilities in combination with proactive investments in R&D has delivered time to market advantages for our customers to capitalize on the significant performance upgrades Wi-Fi 6 has to offer,” said Rahul Patel, senior vice president and general manager, connectivity and networking, Qualcomm Technologies, Inc. “With today’s announcements, wireless networking customers across home networking, carrier and enterprise segments can experience the capacity and network efficiency benefits our Wi-Fi 6 platforms are delivering around the world.”

Support of the Wi-Fi Alliance’s third-generation of security protocol, Wi-Fi Protected Access (WPA3), to provide robust protection of user passwords and stronger privacy across both public and private Wi-Fi networks.

Qualcomm Technologies is a global leader in Wi-Fi shipments in home, enterprise, venue Wi-Fi and mobile segments, and it is poised to reshape the carrier segment. According to ABI Research, Qualcomm Technologies came in either first or close second position in global Wi-Fi share quarterly for 2017 and 802.11ax solutions are expected to account for nearly 1/3 of Wi-Fi chipset shipments by 2023. As the Wi-Fi market increasingly transitions towards 802.11ax technologies, new Qualcomm® 802.11ax chipsets will be critical in allowing Wi-Fi vendors to participate in numerous high-performance Wi-Fi market segments.

Qualcomm invents breakthrough technologies that transform how the world connects, computes and communicates. When we connected the phone to the Internet, the mobile revolution was born. Today, our inventions are the foundation for life-changing products, experiences, and industries. As we lead the world to 5G, we envision this next big change in cellular technology spurring a new era of intelligent, connected devices and enabling new opportunities in connected cars, remote delivery of health care services, and the IoT — including smart cities, smart homes, and wearables. Qualcomm Incorporated includes our licensing business, QTL, and the vast majority of our patent portfolio. Qualcomm Technologies, Inc., a subsidiary of Qualcomm Incorporated, operates, along with its subsidiaries, all of our engineering, research and development functions, and all of our products and services businesses, including, the QCT semiconductor business. For more information, visit Qualcomm’s website, OnQ blog, Twitter and Facebook pages.