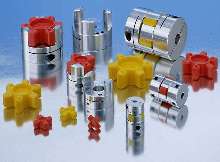 Fail safe Jawflex(TM) zero backlash jaw couplings are three-piece couplings comprised of two hubs and elastic element and come in two hardness levels. Polyurethane material on jaw provides dampening of impulse type loads and minimizes shock to motor and sensitive equipment. Couplings are available from .59-2.25 in. OD in both set screw style and NOMARÂ® clamp style and inch and metric bore sizes from 1/8-1 1/8 in.

Jawflex(TM) zero backlash jaw couplings are three-piece couplings comprised of two hubs and an elastic element. The spider, made of an advanced polyurethane material, provides dampening of impulse type loads, minimizing shock to the motor and other sensitive equipment. Available in two hardness levels, these spiders allow the end user to customize the jaw couplings performance. Selecting a soft spider element (yellow) will give the Jawflex(TM) the greatest dampening characteristic, while a hard spider element (red) will provide the greatest in torsional rigidity. All spiders are press fit onto a curved jaw profile; generous chamfers on the spiders and jawed hubs make this assembly easy. Because of this press fit, the Jawflex(TM) coupling is considered zero backlash. This would not be possible without the special design of the curved jaw profile. In standard jaw couplings, the jaws have a straight profile, and a pressed fit would result in distortion of the elastic element as forces push the spider's "limb" out. With a curved jaw profile, forces on the spider's "limb" are concentrated to the center, improving the effectiveness of the elastomer material. Standoffs, located on the spider "limbs", assist in angular misalignment capabilities, as well as electrical isolation.

Jaw couplings are considered fail safe, should the spider element ever fail, the jaws on the hubs provide a direct power transmission, allowing the application to safely shut down, after which the spider can easily be replaced. 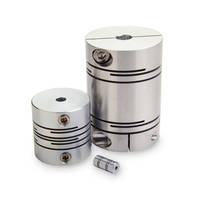 New RL and RS Series Couplings Capable of Speeds up to 70,000 rpm 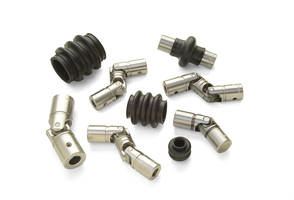 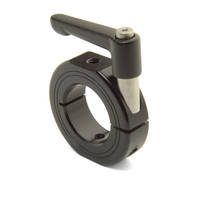 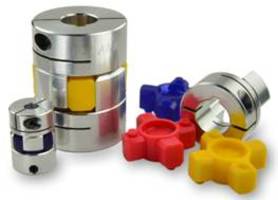 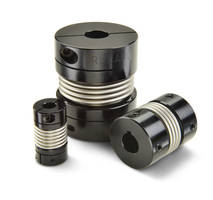