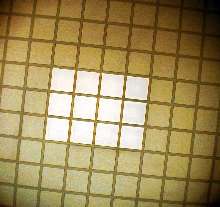 IX-1000 ChromaLift(TM) homogenizes laser beam profile and fires through back of sapphire wafer to de-bond GaN LED device and transfer it to substrate. Capabilities include large area-per-shot, either step and repeat or fire on-the-fly, of up to 1 x 1 cm area. Programmed via Windows 2000(TM) Software, system includes PC-controlled power meters and beam profilometer. It suits LED Lift-off applications in compound semiconductor and wafer fabrication industries.

LED lift-off promises to eliminate wafer scribing by enabling the manufacturer to grow Gan LED film devices on the sapphire wafer, for example, and then transfer the thin film device to a heat sink electrical interconnect. The IX-1000 ChromaLift(TM) homogenizes the laser beam profile and fires through the back of a sapphire wafer to de-bond the GaN LED device and transfer it to a substrate where it can then be packaged onto a heat sink and/or optical reflector.

In making the announcement, Jeffrey P. Sercel, President, said, "Using special wafers, the sapphire growth substrate may possibly be re-used, and the cost of LED fabrication can be reduced. Additionally, this approach is fast, delivering increased LED light output, and has low operating costs due to low stress on the Excimer laser."