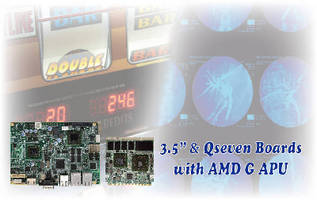 Except for the essential I/O and rich expansion interfaces, the EmCORE-a55E1 and EmQ-a50M1 also share the same feature of excellent graphic capability, which makes them ideal choices for applications of massive graphic processing such as gaming, medical display, and digital surveillance.

Since founded in 1993, ARBOR Tech. has been specializing in embedded computing and networking solutions to help realize the vision of “Digital Enterprise & Digital Life.” In terms of the outstanding design capability, severe test and quick response to market trends, ARBOR provides a full fleet of embedded computing platforms from board to system, which let customers cover the needs of medical & healthcare, industrial control, DVR surveillance, transportation control, POS & Kiosk. ARBOR was awarded the Taiwan Symbol of Excellence Award, Best Choice Award and National Brand YuShan Award by our products, which verifies our efforts and commitment to embedded computing.