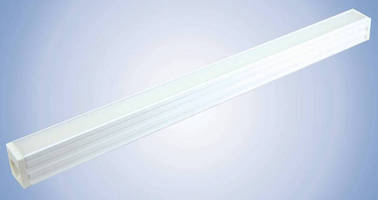 The new LED Lightbars were re-engineered with three times the lumen output for a more powerful light and feature a new architectural grade diffuser above the LEDs to minimize glare and deliver even light distribution, concealing the LEDs from view. MaxLite redesigned the LED Lightbars for under the shelf and above the desks in office spaces, as well as general cove lighting, accent and direct lighting, and wall washing in sports book, gaming and other commercial spaces, and under kitchen cabinets, general cove, accent, indirect and toe kick applications in residential environments.

Fully dimmable with any incandescent dimmer, the LED Lightbars link together for continuous, uninterrupted long runs. Pressure clips and double sided tape, combined with hardwire or plug-in configuration options enable quick and easy tool-free installation. Engineered for high performance with an easy to conceal enclosure, the LED Lightbars feature leading edge efficacy that is superior to that of CFLs and halogen fixtures.

The LED Lightbars are constructed of high quality extruded aluminum with a durable powder-coated finish that ensures a sleek appearance in all applications.

The Plug-and-Play LED Lightbars are offered in a variety of lengths and models: