NSL Analytical Services steps into a new age of testing as it welcomes the ATOMCOMP 2000, a DC Arc Spectrograph with a Charge Injection Detector (CID). This instrument enhances NSL's extensive materials testing capabilities by enabling lower detection limits on many elements and faster turnaround times of solid samples. It also gives NSL the capability to run more complex matrices while retaining all the analytical techniques particular to the old technology of the photographic emission spectrometer. The DC Arc will be replacing the present photographic emission spectroscopy, which used photographic plates. While other techniques such as Inductively Coupled Plasma-Mass Spectrometer (ICP-MS) and Atomic Absorption Spectrometry (AA) require sample dissolution, the DC Arc utilizes direct analysis of solid materials, which are difficult to dissolve. The DC Arc has the ability to analyze trace elements in samples as small as 10mg - 200 mg and offer a complete elemental map. Using the sample in solid form reduces the possibility of contamination, while at the same time lowering detection limits. This instrument allows NSL to run faster quantitative and qualitative analyses of 33 elements and spec impurities. The DC Arc has the ability to simultaneously monitor the analyte signal and the background signal at all wavelengths. This improves the performance of the system by optimizing the element signal and background correction. This instrument is most effective in the analysis of most oxides and Zirconium, Silicon, Aluminum and Tungsten matrices. The AUTOCOMP 2000's unique feature is the Charge Injection Detector (CID); a single solid state chip with over 250,000 light sensitive detection elements that runs a continuous wavelength of 190 to 800nm. This expanded range provides for improved sensitivity at the lower end of the spectrum. The CID views the entire sample at one time rather than separate sections, thereby reducing analytical time, and offering an expanded range of elements over other spectrographs, including photo emission. The DC Arc's forte is it's ability to provide high quality data for trace elements in solid samples including ceramics, test powders, briquettes, wires, chips, silicon carbide, oxides and others. The addition of the DC Arc to the NSL Laboratories increases an already comprehensive array of test methodologies, and helps to reinforce NSL's position as the "materials lab for the 21st century." Since it was founded in 1945, NSL Analytical has been a national leader in chemical analysis for all types of inorganic materials, including metals, non-metals, powders, solids, and liquids. It has developed and maintained a highly respected national reputation for providing its customers with accurate test reports, fast turnaround, and technical expertise. NSL maintains its competitive leadership through ongoing staff training programs, and the latest instrumentation. For more information about the DC Arc, or about NSL's wide range of testing methods, contact Lawrence A. Somrack, President of NSL at (216) 447-1550 or (800) 497-6752 or e-mail: lsomrack@nslanalytical.com. NSL Analytical also maintains a website: www.nslanalytical.com 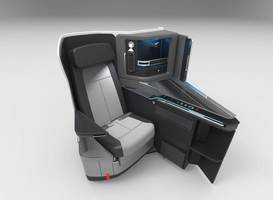 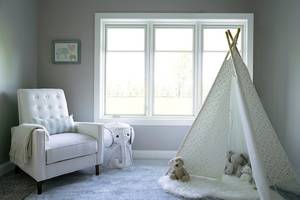 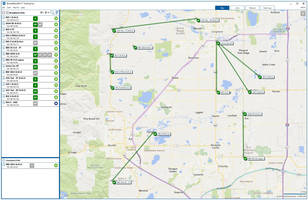