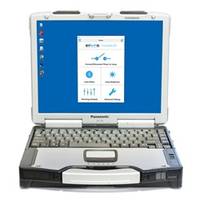 ConnectLED uses Bluetooth Low Energy (BLE) to wirelessly communicate with installed LED lights at a distance of up to 150 ft. reducing maintenance time and costs. The app is also available for Android tablets and Apple iPhones and iPads. Simultaneous to the new Windows release, Evluma will update all versions of ConnectLED with new Dim-to-Off programming. Dim-to-Off programing enables utilities to shut off lights altogether at a designated time or for a short time period.

Owners of Evluma luminaires can use ConnectLED to easily connect/disconnect luminaries from service, set dimming schedules, control overall brightness, and monitor and customize broadcast data. “With the ability to work with ConnectLED at any point during ownership, Evluma’s lighting products stand apart from large networked lighting systems because the intelligence is built-in, easy-to-use and can be activated at any time and on a variety of software platforms,” said Evluma's Marketing Director Cathleen Shattuck. “ConnectLED is the perfect solution for any utility looking to explore the benefits of lighting controls without the commitment to a complex, networked architecture.”

Evluma released the first version of ConnectLED in 2013. As its popularity grew, customer feedback helped to shape the now mature outdoor lighting application. Administrators can easily manage permissions and updates using the new cloud-based, Site License structure implemented in 2017. For new customers looking to explore the benefits of Evluma lighting, a ConnectLED PROMO license is included with AreaMax and OmniMax LED lighting pilot promotions. Some restrictions may apply.