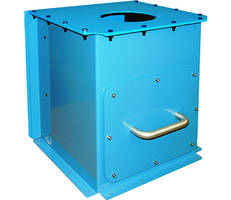 CentriFlow BWS Flow Meter is used for measuring granular solids such as grains, pellets, beans and wood chips. Unit offers an accuracy of more than ±2% on flowable and granular products. Meters feature structural steel housing and 4 in. color touchscreen HMI and push buttons for calibration and accessibility.

The New BWS Flow Meter for Measuring Solids: There is Finally, a Better Weigh!

Eastern Instruments is excited to introduce the CentriFlow BWS, an economical, yet extremely accurate gravimetric in-line mass flow meter that positions itself as an alternative to impact flow meters and belt scales, for the dynamic measurement of solids while in process. The BWS is perfect for measuring granular solids such as grains, pellets, beans, wood chips or even pet food as well as free-flowing granular powders such as sand. Often, the impediment to weighing these products accurately is a limitation in the flow meter industry at large. The limitation is that, unfortunately, extremely accurate flow meters can be very expensive and conversely, meters that are relatively inexpensive are typically not very accurate at all. Eastern Instruments is redefining the solids flow meter industry by eliminating this requirement that customers choose either accuracy or economy with its release of the new CentriFlow BWS. With an accuracy of better than +/- 2.00% on most flowable, granular products, the BWS is much more accurate than many alternative technologies. Maybe even more importantly, however, is that at half the cost of some of the highly accurate models, the CentriFlow BWS is a very economical choice in industrial weighing.

The accuracy of the CentriFlow BWS stems from Eastern Instruments’ patented CentriFlow technology which is based on the principle of centripetal force. As product slides through the BWS flow meter, it is forced around a curved measurement pan which exerts a centripetal force on the curved surface. The meter accurately measures the deflection of the measurement pan as this centripetal force is exerted. Rather than impacting the measurement pan, product actually slides around the curved surface, which reduces product breakage and results in a significantly more accurate signal. Based on the patented design of the BWS, the meter is able to identify and cancel the friction component of the sliding product which means that the centripetal force measurement is equivalent to the mass of the product flowing through the meter. Thus, the flow signal from the BWS is an actual mass flow that is linear, quite accurate and is unaffected by changes in particle size, particle shape or even density.

The meter body itself is constructed out of painted carbon steel. All flow surfaces can be manufactured out of Carbon Steel, Stainless Steel or can be covered with 1/16th inch Alumina Ceramic tiles for high wear applications. The Meter’s enclosure is manufactured out of painted carbon steel, as is the integral electronics enclosure mounted to the rear of the meter. The meter’s enclosure/housing is made of structural steel, meaning that the meter can be directly mounted within the process via the meter enclosure. The meter’s integrated electronics, featuring a 4” color touchscreen HMI, make it extremely easy and simple to use. Calibration as well as other features can be accessed via the push of a button. 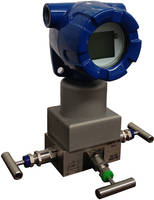 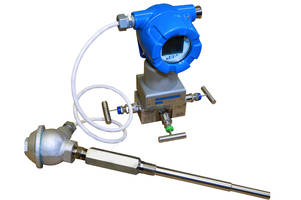