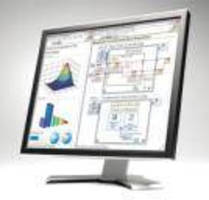 To view the Multimedia News Release, go to: http://www.prnewswire.com/mnr/nationalinstruments/39273/

"In today's challenging economic climate, engineers and scientists are being asked to complete their projects with fewer resources and in less time," said Dr. James Truchard, president, CEO and cofounder of National Instruments. "With new opportunities emerging from investments in infrastructure, environmental monitoring, medical research and device design and test, we focused our LabVIEW 2009 development to harness key technologies such as multicore, FPGA design, wireless platforms and real-time math to empower innovation in these areas."

Virtualization technology makes it possible to run multiple operating systems side by side on the same multicore processing hardware to build more efficient systems. New NI Real-Time Hypervisor software combines the power of the LabVIEW Real-Time Module with general-purpose OS capabilities to reduce overall system cost and size. Using this software, engineers and scientists can run Windows XP and LabVIEW Real-Time side by side on the same controller, partitioning the processor cores among the two operating systems for more efficient use of system resources. The Real-Time Hypervisor works with dual- and quad-core NI PXI controllers as well as the NI Industrial Controller.

With software-defined instrumentation using LabVIEW, engineers and scientists can implement the same measurement platform to acquire and analyze any modulation scheme or protocol standard rather than using dedicated box instruments for specific protocols. The new NI WLAN Measurement Suite for LabVIEW guarantees compliance with IEEE 802.11 a/b/g standards and performs measurements more than five times faster than traditional box instruments. In addition to the WLAN Measurement Suite, the WiMAX, GPS and MIMO solutions for LabVIEW provide the ability to test more wireless standards with NI modular instruments.

LabVIEW features built-in math libraries that contain more than 1,000 functions ranging from low-level, point-by-point signal processing to high-level, configuration-based implementations, all of which easily can be deployed to real-time embedded devices. With the LabVIEW MathScript RT Module, LabVIEW 2009 further expands access to real-time math, which is the implementation and deployment of mathematical algorithms to deterministic operating systems, for engineers and scientists using text-based math tools. The module also provides engineers and scientists the ability to incorporate their own existing .m files using interactive user interfaces and real-world I/O and easily deploy them to real-time hardware for faster system prototyping. By simplifying the process of deploying mathematical algorithms to real-time embedded hardware, LabVIEW 2009 can help medical device designers, machine builders and autonomous system designers shorten product time to market.

Readers interested in learning more about LabVIEW 2009 and downloading the evaluation software can visit www.ni.com/labview/whatsnew. Members of the LabVIEW service maintenance and support program will receive LabVIEW 2009 automatically in the mail or can download the new version from the NI Services Resource Center at ni.com/src. Readers whose software is part of a company-wide Volume License Agreement (VLA) should contact their VLA administrators for special installation instructions.

National Instruments (www.ni.com) is transforming the way engineers and scientists design, prototype and deploy systems for measurement, automation and embedded applications. NI empowers customers with off-the-shelf software such as NI LabVIEW and modular cost-effective hardware, and sells to a broad base of more than 30,000 different companies worldwide, with no one customer representing more than 3 percent of revenue and no one industry representing more than 15 percent of revenue. Headquartered in Austin, Texas, NI has more than 5,000 employees and direct operations in more than 40 countries. For the past 10 years, FORTUNE magazine has named NI one of the 100 best companies to work for in America. Readers can obtain investment information from the company's investor relations department by calling (512) 683-5090, e-mailing nati@ni.com or visiting www.ni.com/nati. (NATI-G)

*All prices are subject to change without notice.