“I needed the capacity to accurately bend longer pieces between 8-feet and 10-feet long, with enough power to bend about a quarter-inch thick material,” Popik said.

With more large-part jobs coming in, Popik was faced with having to outsource some of its bending work.

“The accuracy and repeatability are outstanding,” Popik said. “I had one job running for five days straight—there was no difference from the first part bent on day one to the last part bent on day five. All of this plus the reduced setup time translates into higher profitability.”

Metal Tronics was founded by Popik’s father in 1983. The 15-employee company, located in the Greater Toronto area, serves a wide range of industries including healthcare, electronics, retail and automotive.

Setup time is especially fast on the ADIRA machines because they come standard with Quick Clamp punch holders that work with European or American style tooling, allowing for easy punch installation and adjustment.

Setting up the ADIRA press brake takes only 10 minutes, Popik said. “Then if you need to make any adjustments, it takes less than a minute and you can count on consistent quality and accuracy,” he said. The reduced setup time translates into more productivity and profitability, Popik said, estimating that it saves 300 man-hours per year.

With the shortage of manufacturing workers impacting both the U.S. and Canada, Popik said the ADIRA is especially easy to operate and user-friendly, which allows less-experienced workers to operate it.

“Having a machine that doesn’t require a lot of training is a cost savings,” he said. “I have one skilled setup man for my press brakes to oversee all the machines. Operators aren’t paid as much as the skilled setup man—being able to have different skill and wage levels helps the bottom line.”

Metal Tronics has used the new ADIRA for unique jobs, including:

Popik said that he has consistently been impressed with MC Machinery’s service and support.

“When you buy a new machine, you hope to never have to see a service technician, but we know that is not always the situation,” he said. “A few weeks after the initial installation of the ADIRA press brake, my operator, who was still getting familiarized with the machine, made a critical error aligning the laser sensors and we could not get the machine to work. Since all the local technicians were booked for a few days, MC Machinery’s National Press Brake Product Manager David Bray arranged to have a technician fly in from Chicago to correct the problem and provide additional training. I appreciated that MC Machinery spared no expense to ensure we were up and running, not just temporarily but for the long run.” 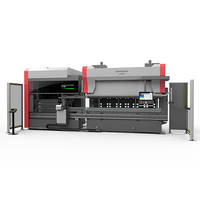 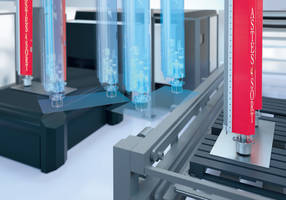 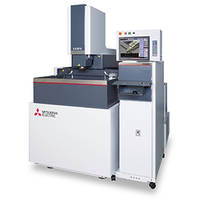