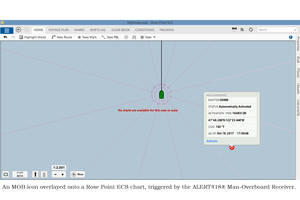 The ability to instantly notify coworkers that someone has fallen into the water often means the difference between an immediate recovery and a search-and-rescue effort. Ideal for workboats, oil and gas platforms, shoreside workers, and coastal and bluewater recreational boaters, Emerald Marine Products' ALERT Man-Overboard (MOB) Alarm System™ not only immediately alerts the vessel of the fall overboard, but has the capability to trigger a diverse range of alarms and notification tools.

Unlike other MOB devices that limit how notifications can be configured, owners of the ALERT System routinely connect external speakers and strobes and wire it to kill engines. By leveraging the industry standard NMEA 0183 communication protocol, however, the system has almost unlimited ways it can be set up to notify. End users and technology partners continually develop unique approaches to utilize this adaptability.

A harbor shifting, fleeting and mooring company on the Ohio, Alleghany and Monongahela Rivers, for example, wired its ALERT receivers to SECO-LARM automatic voice dialers. If a transmitter is activated, the system calls land-based managers and supervisors with a pre-recorded message that includes the location. This ensures that the important step of calling 911 isn't overlooked while others are focused on rescuing the MOB.

The ALERT System will also set a waypoint in a compatible GPS or chartplotter when a transmitter is activated. Rose Point ECS™ navigation software is on 275 fleets in North America alone and enjoys a 95% market share in the commercial marine sector. "Emerald Marine Products engineers developed an enhanced feature that automatically puts an icon on the screen when the transmitter is activated," said Jeff Hummel, Rose Point Navigation Software director of sales and marketing. "Users then have the option to activate the waypoint or not, to avoid removing critical navigation." The company's website is www.rosepoint.com.

Built into the ALERT418® receiver is a 95 dB alarm, flashing red faceplate lamp, and screen that displays the transmitter's unique ID to help identify the person and overboard event's lat/long coordinates to easily broadcast to rescue authorities. It has normally open, common and normally closed terminals to easily connect other notification devices.

"The best chance for a successful MOB rescue is when crew of the vessel the person was on takes immediate action," said Robert Linder, Emerald Marine Products president. "We built in the ability to tailor how the ALERT System notifies to meet the specific needs of unique work applications."

The ALERT418 Man-Overboard Receiver costs $1,899 and the Transmitter with Spray Tight Pouch, $299. A certified Intrinsically Safe (IS) option for oil and gas workers is available. 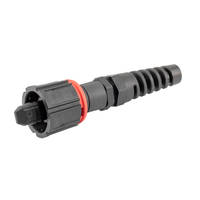 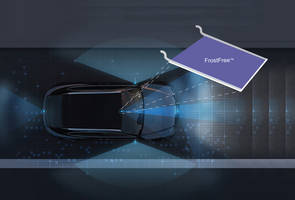 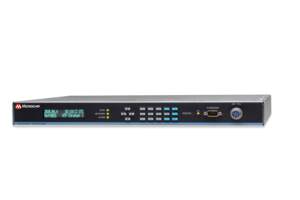 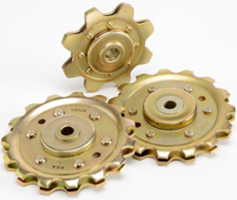