X-energy held a Conceptual Design Readiness Review on March 8 to validate the baseline design parameters, preparatory documentation, analysis tools, scope of the proposed conceptual design phase (including all planned deliverables), management processes and overall team readiness to proceed on to the next phase of Xe-100 reactor development.

"This is an important and wonderful milestone. Since I founded X-energy in 2009 our goal has been to be the world leader in HTGR design as well as the fuel to power these reactors," said Founder and CEO Dr. Kam Ghaffarian. "At a time when our country needs energy and infrastructure security, moving our Xe-100 into conceptual design puts us well on the way to meeting our goal of deployment within the near term of 10 years. A successful conceptual design phase requires thorough planning, a mature technical baseline, and a workforce committed to creating a safe, deployable design. I and our external review panel confirmed our readiness on March 8."

An external panel comprised of industry experts from Southern Nuclear, Burns & McDonnell, and Technology Insights was engaged to evaluate X-energy's preparedness to enter the conceptual design phase. The panel members concluded that X-energy is ready for Concept Design; each provided their corporate experiential-based input on being successful during this critical phase of the project. Based on these results, X-energy launched formal conceptual design with a kickoff on March 9, 2017.

"I am excited to have Clint as part of our X-energy leadership team. His nuclear experience, input, and guidance has and will continue to be invaluable," said Ghaffarian. "We value our partnership with Southern Nuclear as we move through conceptual design and look towards deployment." In August 2016, Southern Nuclear and X-energy entered into a Memorandum of Understanding as a step toward commercializing and deploying the Xe-100.

"Southern Nuclear and X-energy are well-aligned to allow advanced nuclear capabilities to be a viable part of energy solutions," said Southern Nuclear Regulatory Affairs Director Brian Whitley. "We look forward to continuing to collaborate in ways that will support a robust future for nuclear energy and innovation."

X-energy is developing an innovative nuclear power plant design solution, the Xe-100 advanced reactor and U.S.-made, proliferation-resistant fuel, which provides security sustainability for the global energy and process heat markets. The Xe-100 is a 200MWt (75MWe) high temperature gas-cooled pebble bed modular reactor. Key attributes of the Xe-100 design are that it requires less time to construct, with factory-produced components, physically cannot meltdown and will be "walk-away" safe without operator intervention during loss of coolant conditions. In January 2016, X-energy was awarded a five-year $53M U.S. Department of Energy Advanced Reactor Concept Cooperative Agreement award to advance elements of the Xe-100 development.

Southern Nuclear, a subsidiary of Southern Company (NYSE: SO), is a leader among the nation's nuclear energy facility operators and an innovator in advanced nuclear technologies. Southern Nuclear is an essential part of Southern Company's energy portfolio producing clean, safe and reliable nuclear energy and also serves as an economic engine powered by quality jobs and community service. Southern Nuclear operates a total of six units for Alabama Power and Georgia Power at the Joseph M. Farley Nuclear Plant near Dothan, Ala.; the Edwin I. Hatch Nuclear Plant near Baxley, Ga., and the Alvin W. Vogtle Electric Generating Plant near Waynesboro, Ga. Southern Nuclear is the licensee of two new nuclear units currently under construction at Plant Vogtle, which are among the first nuclear units being constructed in the United States in more than 30 years. Southern Nuclear has received numerous accolades in 2016 for leadership in the advancement of nuclear energy including the Special Achievement Award by the United States Nuclear Infrastructure Council and the Presidential Citation by the American Nuclear Society. Southern Nuclear also received two of the Nuclear Energy Institute's Top Innovative Practice awards and a special recognition for achieving excellence in research and performance. Southern Nuclear's Plant Hatch received the ANS Operations & Power Division's Utility Achievement Award. The company's headquarters is in Birmingham, Ala. 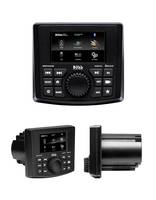 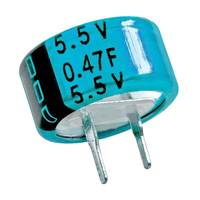