ZwSoft is pivoting from traditional CAD software to an all-in-one CAx platform meant for design work in both manufacturing and buildings. During its annual user conference held last month online (see figure below), the company gave attendees initial details of its long-range plans.

ZwSoft is now expanding the meaning of All-in-One CAx to be “model-defined and data-driven collaboration,” and to be developed over quite a few years. It has been tagged “Project Wukong,” possibly named after the fast, zoomorphic Sun Wukong character in a Chinese novel from 1592, Journey to the West.

More specifically, Project Wukong is ZwSoft’s next-gen 3D CAD platform meant to expand its traditional market of general and mechanical CAD to AEC [engineering, architecture, construction]. ZwSoft plans to reorganize the data, technology, and functions found in their three base programs — ZwCAD, Zw3D, and ZwSIM — to a single platform (see figure below).

The company’s three base programs currently are the following:

ZwCAD. The 19-year-old ZwCAD 2D/3D DWG editor is like many other AutoCAD workalikes on the market. It had been based on IntelliCAD and uses the ACIS kernel, and now the company says it is again developing its own kernel.

Zw3D. The solids-surfacing CAD/CAM program began in 1999 as Varimetrix, better known as “VX” and has its own Overdrive kernel. It was acquired by ZwSoft in 2010, and continues to be based in Florida, with co-founder Mark Vorwaller still heading it up under the title of president of ZwSoft America.

ZwSIM. The platform for simulation was launched in 2018 with a geometry engine, pre-processor, solver, and post-processor. ZwSIM so far handles structural and electromagnetic simulation, and is due to receive acoustic, thermal, fluid, and optical solvers in the future.

At first, it seemed to me that conference presenters were saying that Project Wukong would become the future of all ZwSoft software. Then the lead developer stated that Project Wukong will be the company’s new cross-disciplinary platform and that its primary purpose is to expand ZwSoft’s market into BIM. ZwCAD-Zw3D-ZwSIM would continue on the desktop, and would gain links to software running on the Wukong platform.

A hundred programmers have been working on the Wukong platform for a year now, which is scheduled to be “realized” three years from now. (See figure below.) A demo of Wukong was not given during the presentation.

ZwSoft plans to have BIM as the first application running on Project Wukong. It is meant to handle design in the areas of massing, structures, HVAC [heating, ventilation, air conditioning], and electro-mechanics. More distant plans include pre-fab design, and construction planning and management. The initial release of “ZwBIM” won’t, however, be ready for five years.

Zwsoft promises to keep updating its file-based desktop software “for as many years as it serves your collective needs.” In any case, file-based software gives ZwSoft a fall-back position, should unforeseen roadblocks change the path it had planned to take towards its future (c.f. Solidworks V6).

Earlier this year, the company went public with an IPO on the Shanghai STAR exchange, China’s NASDAQ for science and technology firms. From what I can tell, ZwSoft has a market capitalization of approximately US$5 billion at a very high P/E [price to earnings] ratio of 210 (20-25 is considered normal). Bloomberg documents that ZwSoft had 2021Q1 revenues of US$13 million (approx.).

During the online conference the company provided us with no financial picture, other than to report that it spends 30% of revenues on R&D [research and development]. ZwSoft indicated it is interested in looking at acquisitions.

The 1,000 who took in the online conference learned these other statistics:

As with a few MCAD programs like Solidworks and Inventor, the doomsday clock for desktop-based ZwCAD and Zw3D has begun counting down. One presenter stated that the timeframe to continue developing Zw3D in parallel with Wukong is 10-15 years. This discouraging news is tempered by the good news that ZwSoft sells permanent licenses for its desktop software.

The Project Wukong strategy is not uncommon among a few large (c.f. PTC) and new (c.f. Onshape) CAD vendors nowadays. It is, however, a task that’s unusual for a medium-sized (defined by me as around a million users) firm to take on, given the immense scope of work involved. Extrapolating, it could cost ZwSoft 600 person-years to program the first release of “ZwBIM.” Perhaps the IPO [initial public offering] is funding Wukong development.

ZwSoft’s timeline for releasing an initial version of their new BIM software is five years from now, a long time given our industry’s changing priorities during such a period — never mind the additional years that will be required for ZwSoft to add catch-up functions. Here is how I imagine the programming is being scheduled:

On the other hand, ZwSoft benefits from learning from competitors the function needed by today’s BIM programs, such as intersections of multi ply walls and slabs, and facades of irregular arrayed shapes. It won’t be wasting time stumbling down dead ends.

BIM in China. The American Revit dominantes in China. From Chinese government-agency documents I perused, there appears to be a desire for China-developed BIM authoring software. There are, however, none in BIM (as best as I could determine), other than support software like project management and add-ons for localized disciplines.

For example, ZwSoft’s closest competitor is Caxa. It has a general/electrical CAD program and an American-developed MCAD system (IronCAD), but no BIM aspiration. Having the field to itself, ZwSoft has plenty of incentive to build BIM.

When the Open Design Alliance first announced it was creating APIs to access, edit, and create data for Revit and IFC files, I wondered if CAD vendors might jump on the chance to develop a Revit of their own. In the years since, we’ve seen lots of CAD systems incorporating RVT/IFC data handling, including ZwCAD. But no one has built a BIM system from scratch, as ZwSoft plans to do. It’s a tough job.

Going beyond Project Wukong, ZwSoft has a vision of becoming the world’s leading CAx software provider. The hitch to this Guangzhou company’s ambition, however, is the lowered-enthusiasm some international markets have for services developed in China.

You can view the entire presentation at zwsoft.com/zworld/2021 (after registering). 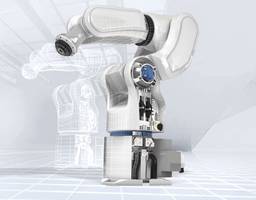 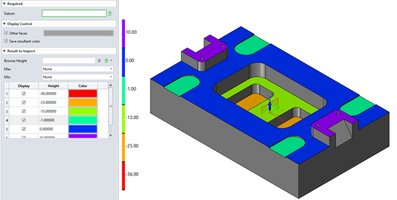