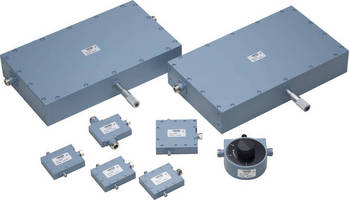 Narda Announces the Expansion of its Variable Attenuator Product Line

As an ISO9001: 2000 company, each Variable Attenuator product is manufactured to L-3 Communications’ Quality Assurance Program.

Narda Microwave-East is a division of L-3 Communications Company, a $13 billion electronics manufacturer serving the military and commercial communication markets. For nearly 60 years, Narda has developed and manufactured state-of-the-art RF and microwave components, microwave integrated circuits (MICs), multi-function assemblies, and subsystems in the frequency range from DC to 60 GHz for both commercial and military applications. Narda is also the world leader in RF safety products.