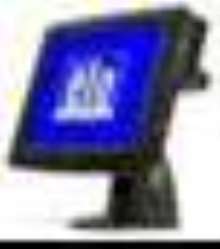 Menlo Park, California - September 28, 2004 - Elo TouchSystems, Inc., the global leader in touch technology and a business unit of Tyco Electronics, today announces the new 1525L 15" Liquid Crystal Display (LCD) silent, fanless all-in-one touchcomputer. Elo has drawn on its 30 years of design experience and the success of the 1525L desktop touchmonitor to produce the space-saving 1525L touchcomputer, which combines a touchmonitor with a computer in the space of a touchmonitor. The 1525L touchcomputer includes a choice of Elo's industry-leading IntelliTouch surface-wave or AccuTouch five-wire resistive touch technologies. Integrated options include a three-track Magnetic Stripe Reader (MSR) and a rear-facing customer display. The Microsoft Windows 2000 and XP versions of the 1525L touchcomputer include a hard drive; the Windows CE .NET version has solid-state components with no moving parts. Applications for the new all-in-one touchcomputer include loyalty systems, kiosk information systems, home control, casino management, cash systems, and Internet access points such as those for Web surfing and hotel reservations.

"The sleek, space-saving 1525L touchcomputer has the footprint of a standard 15" display, so the need for a desktop or tower case is eliminated by having everything built into the LCD enclosure," says Mark Littlefield, Elo's vice president of business management. "Its slim profile and compact size allow the 1525L touchcomputer to be used as a desktop or wall-mountable unit. What's more, our effective design means that we can offer a complete all-in-one touchcomputer at a lower overall installed cost than for separate components. This is a natural advantage for touch applications when both space and budget are at a premium."

IntelliTouch surface-wave touch technology is the picture-perfect, precision touch solution for high-use indoor applications. It provides the highest light transmission (92 percent) of any touchscreen overlay plus industry-leading durability and resistance to vandalism. AccuTouch five-wire resistive touch technology is the preferred solution for applications that demand reliability, input flexibility, and contamination resistance. Both IntelliTouch and AccuTouch offer stable, drift-free operation and a touch response that is always accurate.

AccuTouch and IntelliTouch are trademarks of Elo TouchSystems, Inc. All other products and company names referred to herein may be trademarks or registered trademarks of their respective companies or mark holders.

Elo TouchSystems, global leader in touch technology, is a business unit of Tyco Electronics. Elo develops, manufactures and markets a complete line of touch products that simplify the interface between people and computers in both public-access and employee-activated applications. Founded in 1971, the company is headquartered in Fremont, California, with manufacturing sites in the U.S., Belgium, Taiwan, and Japan. (Elo operates in Japan under the name of Touch Panel Systems.) Elo's main regional offices are in Kessel-Lo, Belgium and Yokohama, Japan, with additional sales and technical support offices worldwide. For more information on Elo TouchSystems' products and services, call 1-800-ELO-TOUCH in the U.S. or visit our Web site at www.elotouch.com.