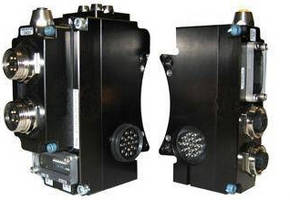 The new DKD Ethernet Modules also feature ATI's Arc Prevention Circuit (patent pending) which protects all electrical power contacts against reduced life that can be caused by loads with high inrush current during coupling/uncoupling. Provided through a connector on the Tool module, ATI's Patented TSI (Tool Stand Interlock) technology prevents uncoupling of the tooling when not safely nested in the Tool Stand.

o TSI (Tool Stand Interlock) prevents uncoupling of the tooling when not safely nested in the Tool Stand. 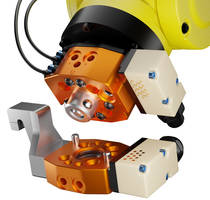 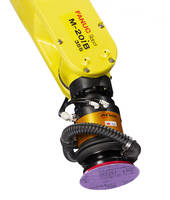 New Compliant Deburring Blade Excels in Light and Medium Deburring, Chamfering and Scraping Operations on Materials such as Plastic, Aluminum, Steel and Brass 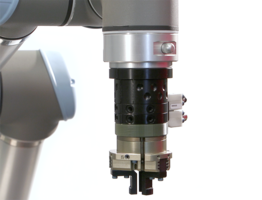