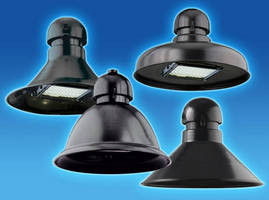 Additional versions of the original GlasWerks II styles and prismatic glass refractors are in development for the GlasWerks LED Series and will be available later this summer.

New GlasWerks LED fixtures facilitate installation and maintenance by incorporating a terminal block with a quick disconnect receptacle. A unitized assembly containing the electronic driver and other electrical components plugs into the receptacle. The fixture housing is hinged with a tool-less latch for easy access to the gear assembly.

About Holophane
Headquartered in Granville, Holophane has been the leader in lighting solutions for 110 years. An Acuity Brands Company, Holophane provides energy efficient lighting systems for a range of commercial, industrial and outdoor applications. For more information, visit www.holophane.com.
Share