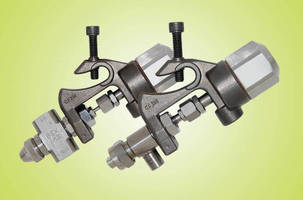 
BEX, Incorporated, Ann Arbor, MI, (www.bex.com), a leading manufacturer of industrial spray nozzles will display its wide array of nozzles in booth B322 at FABTECH 2014, November 11-13, 2014 in Atlanta.

Among its many nozzle products, the exhibit will feature the new series of air actuated, universal-mount nozzle assemblies, as well as the new low-flow rate/flat fan nozzle.

The universal mount nozzles, available in both T-Tip and atomizing configurations feature a universal mounting system that allows—in a multi-nozzle line—one nozzle, not the entire line of nozzles to be removed for quick-disconnect maintenance and/or replacement. The unique design uses a set screw assembly and mounting slot to affix the nozzle to the line as opposed to the closed-loop guide of other similarly designed nozzles.

The atomizing nozzles mix air and liquid supplied at line pressures of up to 125 psi. The nozzles come in a choice of round, wide angle round and flat spray patterns and are made in nickel-plated brass or stainless steel.

The FV Series of low-flow rate/flat fan nozzles produce a flat, fan shaped spray pattern with spray angles available from 15° to 110°. The units are available with an optional strainer to facilitate smooth flow and spray.

BEX, a manufacturer of spray nozzles, is a leader in providing unique and patented technology to improve spray application quality and reduce maintenance. For over 50 years BEX design and development team has provided answers to tough application questions in a variety of industries. The company’s focus is on quality products, competitive pricing and fast delivery. Its ongoing commitment to research and development provides the basis for its ability to provide products that meet the changing needs of the industrial environment. 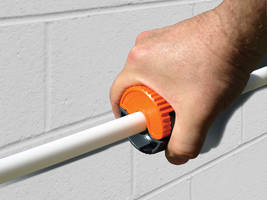 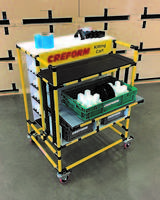 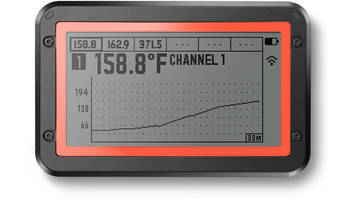