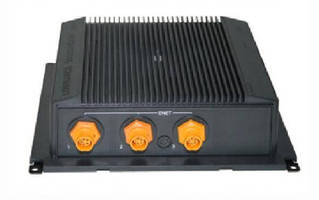 The innovative Lowrance StructureScan features a combination of SideScan and an exclusive new DownScan Imaging(TM) technology. SideScan provides full-screen left and right side-viewing with extra-crisp detail of up to 480 ft. (146 m) of underwater coverage that displays structure and fish targets, as well as their imaging-scan shadows. The new DownScan Imaging feature allows anglers, for the first time, to see submerged detail directly beneath their boats, providing a complete underwater picture in a screen format that is easy to interpret. With revolutionary on-screen display versatility, anglers can merge Lowrance side and down sonar scans in split-screen to view wide-area surveys and highly-defined detail. As a unique new tool, anglers can also compare DownScan Imaging with 2D sonar images in split-screen display to better distinguish fish from structure. Removing all of the guesswork common to existing fish-finding technology, the new LSS-1 delivers the highest underwater definition ever achieved with crystal-clear views in shallow and deep, freshwater or saltwater - even at speeds up to 30 mph.

The LSS-1 StructureScan sonar imaging module allows anglers to cursor anywhere on the screen to receive information on distance from the boat and target depth for an exciting new-level in precision bait or lure presentation. In addition, a new synchronized TrackBack(TM) function featuring simultaneous scroll-back in the recorded history of sonar or mapping windows, allows anglers to find spots and set waypoints for easy returns to desired fishing locations. Ensuring the ultimate in functionality, StructureScan sonar imaging can combine one or more views in a window to display HDS built-in Lowrance Lake Insight(TM), Nautic Insight(TM) or Insight USA(TM) cartography with Fishing Hot Spots® inland and coastal detail, as well as all Navionics Platinum, Platinum+ and other chart card offerings.

Based on Lowrance's affordable, plug-and-play, onboard, high-speed Ethernet network, the LSS-1 StructureScan sonar imaging module is an optional add-on that easily networks with up to three onboard HDS displays to share SideScan, DownScan and 2D sonar imaging for boat-wide underwater surveillance, each with independent control. Enhancing safety and fun on the water, the LSS-1 can also network with the new BR24 Broadband Radar and LWX-1 SIRIUS satellite weather module via Ethernet. The fully-waterproof LSS-1 module comes with a rugged, low-profile, dual-frequency 455 kHz and 800 kHz panoramic imaging transducer that is easy to install, and offers multiple mounting locations, including a simple adapter option for a trolling-motor mount. The transducer also features a built-in temperature sensor and operates in tandem with any HDS 2D sonar transducer without cross-talk interference for display clarity. Like all Lowrance products, the LSS-1 StructureScan sonar imaging module is protected by a two-year limited warranty.

The new Lowrance LSS-1 StructureScan sonar imaging module, exclusive for HDS displays, has a suggested retail price of US $699.00, and will be available for purchase from authorized Lowrance dealers and distributors throughout the United States and Canada later this year. For more information on StructureScan, or to learn more about Lowrance and its entire product line, please visit www.lowrance.com.