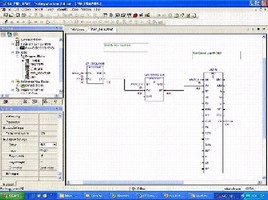 "OEMs can improve competitiveness by streamlining and unifying their control applications," said Mike Richards, manager of controller programming for GE Fanuc Automation. "Proficy Machine Edition meets this challenge with configuration, programming, maintenance, and commissioning tools all in an integrated development environment. Features such as a common user interface, single tag database, easy-to-use 'drag and drop' functionality, and object management help to optimize a machine builder's production time. Additionally, open standards technology helps to integrate this powerful software tool smoothly and quickly with any existing infrastructure. With the addition of the FBD programming language, the user can leverage the PACSystems block architecture and symbolic variable capability to create libraries of application function blocks for reuse to accelerate application deployment. The capability of user-defined function blocks also allows the programmer to create custom controller functions as well as function blocks to meet their specialized requirements."

Other new features of Proficy Machine Edition Version 5.50 include:

Online Monitor Mode - Proficy Machine Edition Version 5.50 provides three modes of operation with the GE Fanuc controller: Offline, Online Monitor, and Online Programmer modes. The new Monitor Mode offers the ability for production maintenance personnel to view the operation of the control and application without the fear of making an unauthorized or unintentional modification to the project or controller. This capability reduces the opportunity for unexpected downtime as a result of an operator action by protecting the application and control system.

Internationalization- New support for Asian language character sets offers OEMs the ability to address a broader global market with applications that are documented in the language of the local user. OEMs may now place Asian characters directly in their applications for variable descriptions and logic descriptions.

Storage of Controller Supplemental Files in PACSystems Controller - Provides the ability for the OEM to store documentation (any file) in controller memory that can also be backed-up in on-board Flash memory. This eliminates the need for paper or electronic copies of information in the control cabinet that can be lost or damaged. The user can also be sure that the information for the machine is the correct information, since it cannot be misplaced. A service technician who arrives at a machine in a remote location can also be assured of having all the necessary information that they need to debug or diagnose problems.

Proficy View - Provides support for newly released 15-inch QuickPanel View and QuickPanel Control Products. The user can now elect to store and retrieve original project files on the QuickPanel View target using the Project Recovery function. HMI applications for Windows NT/2000/XP targets can be converted to a QuickPanel View target, and vice versa. Machine Edition Projects may also be locked with a password for additional security. 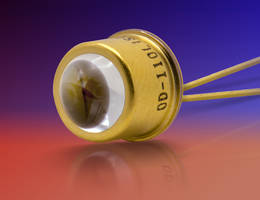