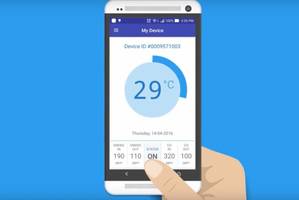 Combined with air quality detector and microcontroller with software, SMOQ Monitoring System is equipped with four sensors for detecting air quality, smoke levels, carbon monoxide and temperatures. Readings are analyzed with microcontroller which can be accessed by smartphones with SMOQ software. Results are based on air pollution index and air quality is categorized into normal, siaga and waspada levels.

Three computer science students at Brawijaya University, Malang, East Java, have invented a technology to monitor air quality. Dubbed the SMOQ, the device operates by combining hardware that consists of an air quality detector and a microcontroller with software that can be installed on Android smartphones.

Renal Prahadis, Muhammad Ulul Albab Iryanto and Maulida Sabrina have worked in the Ex Change team to create SMOQ. Renal explained to Antara news that the SMOQ consists of four sensors. It will detect the air quality, smoke levels, carbon monoxide and temperatures once it is located in the place to be monitored. The readings will be kept and analyzed on the microcontroller and then the overall results can be accessed by devices that have the SMOQ software.

The app shows three levels of air quality: normal, siaga (standby) and waspada (aware). The levels are based on a standard air pollution index determined by the Environment Impact Controlling Agency (Bapedal).

“If the data input analysis results show the final index is less than 200 then it stands for normal,” he explained. “When it’s between 200 and 300 then its level is standby, but when the index shows more than 300, it’s on ‘aware’ level, meaning that the air quality is very bad.”

Renal said that the SMOQ was made for the government to use as a device to help it make decisions in relation to the environment, although public can also use it.

Having created the SMOQ, the Ex Change team took third place in the Multimedia and Game Event (MAGE) 2017 competition in the Internet of Things category. The competition was held by the Sepuluh Nopember Institute of Technology Surabaya (ITS) in late February.