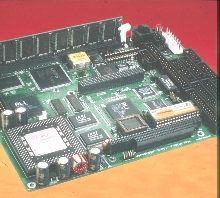 This board is currently available from stock. Pricing is $719 in OEM quantities.