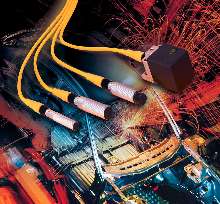 Weld Field Immune and Factor 1 sensors, in both flush and non-flush mount versions, are offered with SlagMaster(TM) coating. SlagMaster(TM) can be applied to inductive proximity sensors with virtually no sensor degradation, allowing sensors to resist weld slag buildup, high heat, and mechanical damage.

"The conditions present in resistance welding applications are extremely harsh. Weld slag, high heat, and physical contact lead to high rates of sensor failure," says Balluff Inductive Products Manager Craig Brockman. "Inductive sensors used in this environment typically use a Teflon coated cap. When weld slag strikes a Teflon cap, it may not initially stick, but it will pit the surface and give weld slag a foothold. Once enough slag builds up, the sensor will false trigger. Eventually the slag eats its way through the cap and destroys the sensor's electronics. While the use of Teflon coated caps in welding applications was an improvement over standard plastic caps, our SlagMaster(TM) coating is a major step forward that should vastly reduce the speed of this process."

Balluff's new SlagMaster(TM) coating will initially be available on Balluff Weld Field Immune and Factor 1 sensors in both flush and non-flush mount versions. Other versions will follow. Consult Balluff for additional available models.

Balluff Inc., the U.S. subsidiary of Balluff GmbH & Co., Neuhausen, Germany, is a leading manufacturer of a wide variety of inductive, optical, capacitive and magnetic sensors as well as linear position transducers and ID systems. Balluff products are used to control, regulate, automate, position and monitor manufacturing and packaging sequences for a number of industries, including metalworking, automotive, plastics, aerospace, chemicals and pharmaceuticals, electrical and electronics.
Share