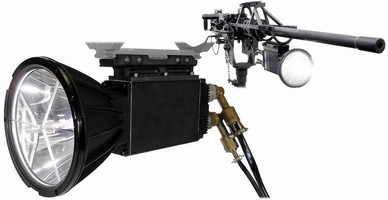 The Maxa Beam CSWL offers several unique capabilities including a Remote-Controlled Beam Width feature in which the operator can alter the beam width between a 1 degree spot and a 40 degree flood and a Non-Lethal Strobe function that effectively disables and disorients a target in situations where lethal force is not warranted. All of the Maxa Beam CSWL features are controlled with an easy-to-use tape switch mounted at the rear of the weapon. The Maxa Beam CSWL weighs just 3.85 pounds and offers an unparalleled 3000m visible/white light and 1200m infrared light range of illumination. The Maxa Beam CSWL system is rated at IP66, features Mil. Spec. metal connectors and has been tested extensively by the U.S. Special Forces at NSWC Crane and Fort Bragg.

Peak Beam Systems, Inc. is a leader in the design and manufacture of handheld, high-intensity illumination products. Peak Beam is a Certified Small Woman-Owned Business based in Edgemont, PA. Peak Beam's flagship product, the Maxa Beam Searchlight, has been field-tested for twenty years and users include the U.S. Army, Navy, Marines, Coast Guard, Border Patrol, Department of Homeland Security, federal and local law enforcement, and friendly foreign governments. For more information, please visit www.peakbeam.com or contact Will Harcourt, Director of Sales, at 610-353-8505. 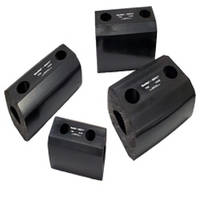