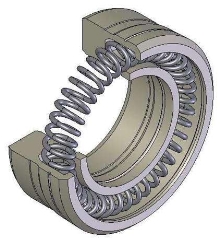 Traditionally, packings and elastomeric seals have served as sealing technologies for oil industry down-hole data logging tools. But these seal types are characterized by relatively short lifetimes, which increase the chances of random and costly operational failures. On the other hand, the BAL(TM) Seal series of U-13X, U-14X and KS13X sealing technologies are designed for excellent sealing performance, optimal reliability and long lifetimes.

Bal Seal Engineering provides customers worldwide with innovative solutions that incorporate material science and canted-coil spring technology. The industry leader, Bal Seal has been defined by invention, innovation and vision since its founding in 1958.