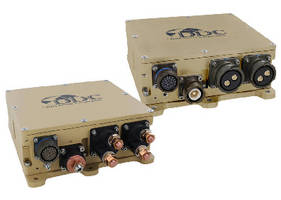 “The RP-20S1X series of Solid-State Power Controllers provide a flexible solution addressing the demands of high current load control on military systems. The PDUs are part of DDC’s third-generation SSPC product family, which has been developed with the benefit of 20-years of battle-tested experience”, stated Steve Rood Goldman, DDC’s Marketing Manager.